What is Enya's Net Worth?

Enya is an Irish singer, instrumentalist, and songwriter who has a net worth of $150 million. Enya has accumulated her net worth through the many songs she has composed and performed as well as her television appearances and soundtracks for movies and TV. With sales of more than 80 million records, Enya is Ireland's top-selling solo artist and one of the richest women in the music industry. She got her start in 1980 as a member of the family band Clannad, but she left two years later to embark on a solo career. Wider acceptance came for her music with the BBC documentary series "The Celts" (1987).

Enya released her self-titled debut album in 1987, and her follow-up, 1988's "Watermark," featured the hit "Orinoco Flow" ("Sail Away") and catapulted her to international fame. Enya's distinctive sound has remained ever-present on the world music stage. She has released eight studio albums, and 2000's "A Day Without Rain" became 2001's fifth best-selling album in the U.S. and the top-selling New Age album in history after the single "Only Time" was used in media coverage of the September 11th attacks. In November 2001, Enya released a maxi single featuring the original version of "Only Time" as well as a remix of the song and donated the profits to the International Association of Firefighters.

Enya was born Eithne Pádraigín Ní Bhraonáin on May 17, 1961, in Gweedore, County Donegal, Ireland. She grew up in a Roman Catholic household with mother Máire, father Leo, and eight siblings. Enya's father had an Irish showband called the Slieve Foy Band and ran Leo's Tavern, and her mother was a member of the band and a music teacher. Enya started competing in singing competitions at age 3, beginning with a competition at the Feis Ceoil music festival, and she sang in her mother's church choir. Enya began taking piano lessons at age 4, and when she was 11, her grandfather paid for her to attend a convent boarding school in Milford. At age 17, Enya left the school and spent a year in college, where she studied classical music.

In 1980, Enya left college and joined her family's Celtic band, Clannad, which was managed by Nicky Ryan, who also served as the band's producer and sound engineer. She toured Europe with the band and performed on the albums "Crann Úll" (1980) and "Fuaim" (1981). By 1982, some issues had arisen within Clannad, which resulted in the band parting ways with Ryan and his wife, Roma (who had been helping with administrative duties and tour management). Enya left the band, and the Ryans helped her start a solo career, with Nicky acting as her arranger and producer and Roma taking on the role of lyricist. Enya's first solo performance took place at Dublin's National Stadium in September 1983, and it was televised on the show "Festival Folk."

After a demo tape was sent to several movie producers, Enya was hired to compose the soundtrack for the 1984 film "The Frog Prince." In 1985, she was chosen to write a track for the six-part documentary series "The Celts," and the director liked her submission, "The March of the Celts," so much that he asked her to compose the soundtrack for the entire series. Enya's first solo album, 1987's "Enya," consisted of 40 minutes of "The Celts" soundtrack, and it peaked at #8 on the Irish Albums Chart. Enya soon signed a record deal worth £75,000 with Warner Music UK, and she released the album "Watermark" in September 1988. The album reached #1 on the charts in Ireland, Switzerland, and New Zealand, and the single "Orinoco Flow" topped the charts in several countries. Enya followed the success of "Watermark" with "Shepherd Moons" in 1991, and it went 3x Platinum in Australia, 4x Platinum in the U.K., and 5x Platinum in the U.S. The following year, her debut album was re-released as "The Celts," and she released her fourth album, The Memory of Trees," in 1995, followed by 2000's "A Day Without Rain," 2005's "Amarantine," 2008's "And Winter Came…," and 2015's "Dark Sky Island."

In 2001, Enya wrote and performed the tracks "May It Be" and "Aníron (Theme for Aragorn and Arwen)" for "The Lord of the Rings: The Fellowship of the Ring" soundtrack. "May It Be" earned her several awards and an Academy Award nomination, and she performed the song at the 2002 Academy Awards ceremony. In 2006, Enya released the EP "Sounds of the Season: The Enya Collection," which included six Christmas songs and was sold exclusively at Target. Enya was a featured artist on Mario Winans' "I Don't Wanna Know" (2004), The Pirates' "You Should Really Know" (2004), and Salvatore's "Dive" (2016), and she has released three video albums, "Moonshadows" (1991), "Enya: The Video Collection" (2001), and "The Very Best of Enya" (2009). 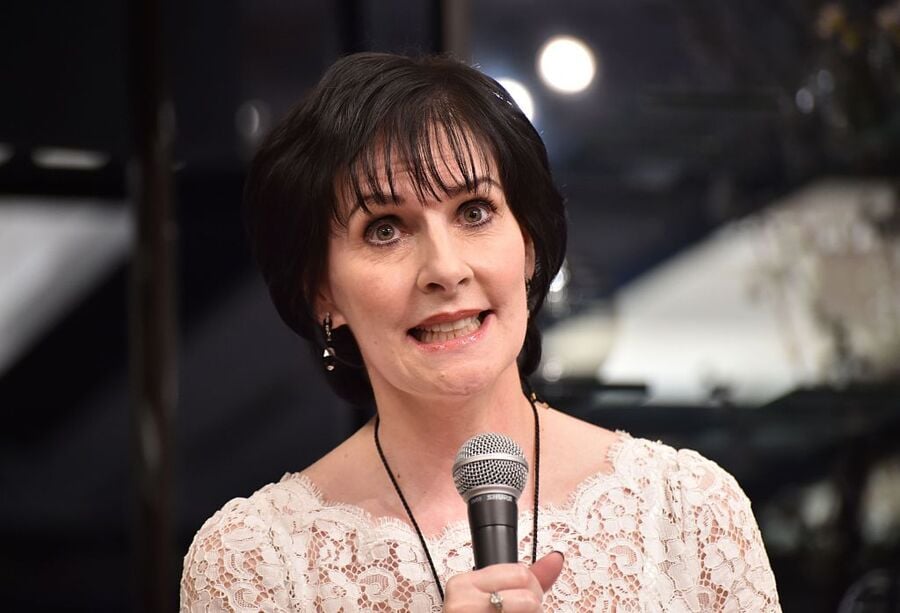 Enya has had multiple stalkers since the 1980s, and in 1996, a man wearing a photo of the singer around his neck stabbed himself after being kicked out of a pub owned by Enya's parents. In 2005, she improved the security of her home (a castle), adding timber entrance gates, raising the stone wall that surrounds the castle, and placing railings on top of some sections of the wall. Despite this, two break-ins occurred at the castle; in an October 2005 incident, the culprits attacked and tied up a housekeeper and stole several items after spending two hours searching for Enya, who was hiding in a panic room. Enya is an intensely private person and in a 1991 interview, she stated, "I'm afraid of marriage because I'm afraid someone might want me because of who I am instead of because they loved me." A minor planet, 6433, was named after Enya in the late 1990s, and the newly discovered Leporinus enyae species of fish was named after her in 2017.

Enya has been nominated for nine Grammys, winning Best New Age Album for "Shepherd Moons" in 1993, "The Memory of Trees" in 1997, "A Day Without Rain" in 2002, and "Amarantine" in 2007. She has won seven World Music Awards: World's Best Selling Irish Artist (2001, 2002, and 2006), World's Best Selling New Age Artist (2001 and 2002), World's Best Female Artist (2002), and World's Best Irish Female Artist (2003). "May It Be" from the "The Lord of the Rings: The Fellowship of the Ring" soundtrack earned Enya a Broadcast Film Critics Association Award, Critics' Choice Movie Award, Las Vegas Film Critics Society Award, and Phoenix Film Critics Society Award as well as nominations from the Academy Awards, Golden Globes, GoldSpirit Awards, and Online Film & Television Association. She has also won awards from the BMI Awards, IRMA Awards, Ivor Novello Awards, and ECHO Awards. Enya has received honorary doctorates from the National University of Ireland, Galway and University of Ulster.

In 1997, Enya paid €3.8 million for her very own castle, where she lives with her cats. Built in 1840, Manderley Castle is located near Dublin and was previously known as Victoria Castle and Ayesha Castle; Enya decided to call the castle Manderley because she's a fan of Daphne du Maurier's "Rebecca." The castle includes six bedrooms, and the property features 3.5 acres of gardens and a famous neighbor, Bono of U2. 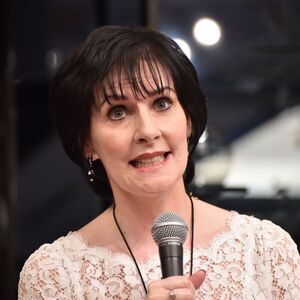