What is Enrique Iglesias' Net Worth?

Enrique Iglesias is a Spanish-Filipino singer-songwriter, actor, and record producer regarded as the King of Latin Pop who has a net worth of $100 million dollars. Enrique Iglesias has been hugely popular in both the Latin and English-language music markets. He has sold over 130 million records worldwide. He is the son of legendary Spanish singer Julio Iglesias.

Enrique Miguel Iglesias Preysler was born on May 8, 1975, in Madrid, Spain to Julio Iglesias and Filipina socialist and magazine journalist Isabel Preysler. He has two older siblings, Chábeli and Julio Jr. In his early life, Enrique and his siblings lived with their mother until December 1981 when Enrique's grandfather was kidnapped. For their safety, Enrique and his brother were sent to Miami to live with their father. They were mostly raised by the nanny, and Enrique dedicated his first album to her. Enrique attended Gulliver Preparatory School and the University of Miami, where he majored in business. He dropped out of college to pursue his career in music.

Enrique borrowed money from his nanny to record his demo tape because he didn't want his famous father to know he wanted to be a musician. He used the stage name Enrique Martinez and claimed to be a singer from Guatemala. He went to Toronto to record his first album.

Iglesias released his self-titled album, Enrique Iglesias, on July 12, 1995. It is a collection of soft rock ballads that, along with his next two albums, was released by the Mexican record label Fonovisa. The record sold half a million copies in its first week, going Gold in Portugal within the first week of release, and sold over a million copies in the next three months. This is a rare accomplishment for an album recorded in a language other than English. Five singles were released from the album, such as "Por Amarte," "No Llores Por Mí" and "Trapecista," which topped the Billboard's Latin charts. The album went on to win Iglesias the Grammy Award for Best Latin Pop Performance.

In 1997, Iglesias' stardom continued to rise with the release of his second album, Vivir (To Live).  Iglesias was nominated for an American Music Award in the first-ever awarded category of Favorite Latin Artist. Iglesias lost out to his father. The following year, 1998, saw the release of Iglesias' third album, Cosa del Amor (Things of Love). The album helped cement his status in the Latin music scene.

In 1999, Iglesias recorded and released his first full CD in English, Enrique. The pop album featured Latin influences and includes  a duet with Whitney Houston entitled "Could I Have This Kiss Forever." 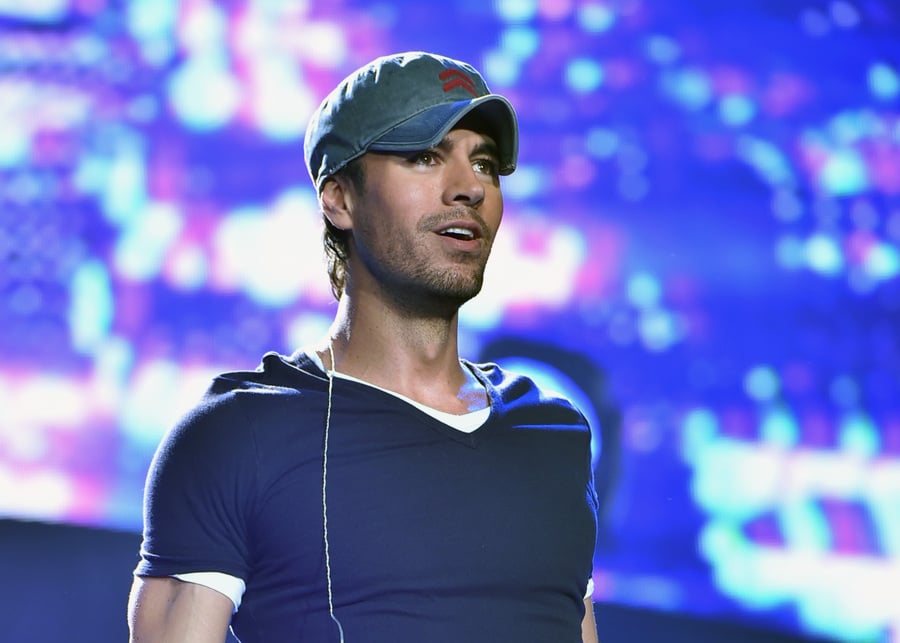 In 2000, Iglesias performed at the Super Bowl XXXIV halftime show alongside Christina Aguilera and Phil Collins. In 2001, Iglesias released his second English-language album, Escape.  Escape is his biggest commercial success to date.

In 2002, Iglesias decided to release a fourth Spanish-language album titled Quizás (Perhaps). The album debuted at number twelve on the Billboard 200 albums chart. In 2003, Iglesias released his seventh album, which he called 7. After a two-year hiatus, Iglesias released his new album Insomniac in June 2007. Iglesias released a Spanish greatest hits album named 95/08 Éxitos in March 2008, which included his seventeen number-one songs on the Billboard Hot Latin Songs chart plus two new songs. That same year, he released an English compilation of his greatest hits in November. He released Euphoria in 2010 and Sex and Love in 2014.

Iglesias has also guest-starred in numerous TV shows like Two and a Half Men and How I Met Your Mother.

Iglesias found out later in life that he was born with a rare congenital condition known as situs inversus where some of the body's major organs, such as the heart, are situated on the opposite side of the body than they typically would be.

In late 2001, Enrique Iglesias started a relationship with Russian tennis player Anna Kournikova. They reportedly split in October 2013 but have since reconciled. The couple has a son and daughter who are fraternal twins. The twins were born on December 16, 2017. On January 30, 2020, they welcomed their third child, a daughter.

When Kournikova was pregnant with the couple's twins in 2017, Iglesias went into full-on protective dad mode and spent $600,000 to erect a 16-foot wall in front of their property and baby-proof with swimming pool.

He proposed to Kournikova with a $2.5 million, 11 carat, pear cut pink diamond, flanked by two smaller (but still large) diamonds on either side of the pink diamond.

Iglesias owns a $3.6 million Gulfstream IV jet which he uses to fly easily (as well as privately and comfortably) to concert venues across the globe.

Iglesias is an avid car collector. At one point or another, he's owned a Lamborghini, a Ferrari, a Porsche, and many other expensive luxury and sports cars. In 2016, Iglesias announced that he was auctioning some of his rides for a good cause. He took to Twitter, to post a photo of his cars and captioned it: "This is my collection of cars, today will be auctioned and the proceeds will go to UNICEF all, for children in Africa."

In 2003, Iglesias received surgery to remove a circular mole from the right side of his face, citing concerns that over time it could become cancerous.

He made a $200,000 donation to Save the Children in support of a literacy program for elementary school children in Peru, Guatemala, and El Salvador. His donation was used to buy educational software for the schools.

In 2018, Christiano Ronaldo, took to Twitter, to write: "Very pleased to announce the gesture of my friend @enriqueiglesias donating 7% of the concert revenues in Lisbon to the IPO." IPO is the Portuguese Institute of Oncology of Lisbon. Iglesias tweeted: "Honored to support such an incredible cause with @cristiano!! Gracias campeón!!"

He is an avid golfer and snow skier.

Iglesias is a Catholic.

In 2020, Iglesias and Kournikova were named Spain's top power couple.

Iglesias is featured in Anuel's song  "Futbol y Rumba" as well as the music video for the song. The two Latin artists collaborated on the song and filmed a quarantine style video with at home cameos from Shaquille O'Neal, Jamie Foxx, Marshmello, and soccer stars, Leo Messi, Sergio Ramous, and Luis Suarez, among other celebrities and athletes.

Iglesias, Kournikova, and their children live in a 20,000 square foot home in Miami in the waterfront Bay Point community.

Iglesias built a six-bedroom house for Ms. Kournikova's grandparents on 6,800 square feet of land, but once the house was completed, the couple decided it was too big and decided to put it on the market for $4.85 million. 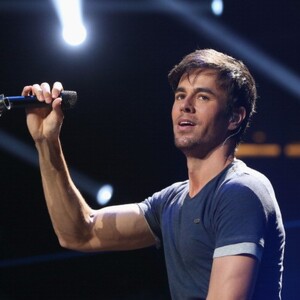