What is Engelbert Humperdinck's net worth?

Engelbert Humperdinck a British Indian pop singer who has a net worth of $180 million. During his career to date, he has sold more than 140 million records worldwide which makes him one of the best-selling musicians of all time.

He was born Arnold George Dorsey on May 2, 1936 in Madras, India. Humperdinck was one of ten children to British Army NCO Mervyn Dorsey and his wife Olive. He is of Welsh, German, and Anglio-Indian descent. His family moved to Leicester, England when he was ten years old. He then showed an interest in music and began learning to play the saxophone. By the early '50s, Humperdinck was playing saxophone in nightclubs, but didn't start singing until he was in his late teens. He became known for his impression of Jerry Lewis, which prompted his friends to give him the nickname Gerry Dorsey, a name he worked under for nearly a decade. His attempt to get his music career off the ground was interrupted by being drafted into the British Army Royal Corps of Signals.

After his discharge from the Army, he got a chance to record in 1958 with Decca Records. His first single "I'll Never Fall in Love Again" did not take off. He continued working in nightclubs but in 1961 was stricken with tuberculosis. He eventually regained his health and returned to music, but with little success. He teamed up with Gordon Mills, his former roommate in the Bayswater area of London, who had become the manager of Tom Jones. Mills suggested a name-change to the more arresting-sounding Engelbert Humperdinck. He adopted the name professionally but not legally. Mills arranged a new deal for him with Decca Records and Dorsey has been performing under the name ever since. He enjoyed early success in July 1966 in Belgium where he and four others represented Brian in the annual Knokke song contest.

Also known as "The King of Romance", Englebert first became known for his 1967 hit "Release Me (and Let Me Love Again)". The song made the top ten lists on both sides of the Atlantic and got to No. 1 in Britain, beating out The Beatles "Strawberry Fields Forever" for the top spot. His B-side "Ten Guitars" became a huge hit in New Zealand. "Release Me" spent 56 weeks in the Top 50. What followed was a run of seven releases, which were all consecutive #1 hits. His easy listening style and good looks earned a large following, especially among women. From 1969-1970, Humperdinck fronted his own TV series, "The Engelbert Humperdinck Show" for ATV in the UK and ABC in the U.S. By the start of the '70s, Humperdinck had settled into a busy schedule of recordings. In 1972, he starred in another series for BBC 1, "Engelbert with the Young Generation." It ran for 13 weeks. By the middle of the decade, he was concentrating on selling albums and on live performances. He developed a lavish stage presence and productions which made him a natural for Las Vegas. He performed regularly at the Riviera Hotel in Vegas through the early and middle years of the decade. In 1976, he had a hit in "After the Lovin'," which became a top 10 hit in the U.S. and was nominated for a Grammy award. The album of the same name reached the top 20 and was a double-platinum hit for the singer. In 1979, Humperdinck took his stage show to Broadway. 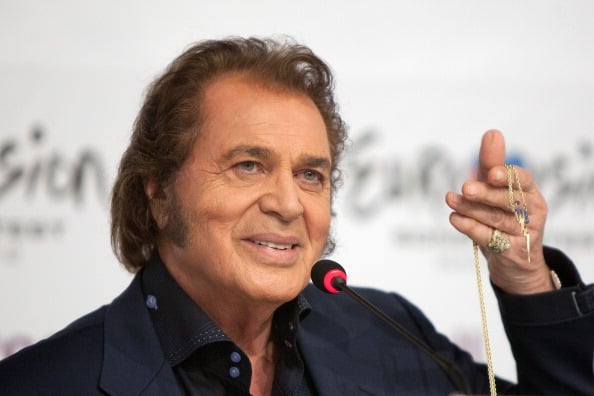 In the 1980s, he consolidated his discography, recorded regularly, and performing as many as 200 concerts a year while also headlining appearances in Las Vegas. In the mid 80s, he made many appearances as an actor on popular TV shows at the time including "The Love Boat" and "Fantasy Island." He continued to perform and record throughout the eighties.

In 1989, he was awarded a star on the Hollywood Walk of Fame and won a Golden Globe Award as Entertainer of the Year. In later years (late '90s), he recorded a track for the animated film "Beavis and Butt-Head Do America" and also released "The Dance Album," which featured dance-club style versions of his hits. Engelbert retained a large public profile during these years and made numerous appearances on TV and radio including on "The Late Show with David Letterman" and "The Howard Stern Show," and performed at events such as the 1996 Daytona 500 when he sang "The Star-Spangled Banner." In 1988, Humperdinck filed a libel suit against the National Enquirer. The origin of the statements was said to be Kathy Jetter, the mother of Humperdinck's "illegitimate child".

In 1964, Humperdinck married Patricia Healey and they had four children together. In 1977, Kathy Jetter gave birth to Humperdinck's daughter, Jennifer.

His philanthropic efforts include involvements in such nonprofits as the American Red Cross, the American Lung Association and several AIDS relief organizations.

Humperdinck has real estate investments in Hawaii, Mexico, and the U.S. In the late 70s, he bought the Pink Palace in Los Angeles, previously the home of actress Jayne Mansfield. He sold the property to developers in 2002. In the eighties, Humperdinck bought a hotel in La Paz, Mexico and renamed it La Posada de Engelbert. The hotel flourished for some time and acquired a reputation of a quirky, off the beaten path gem. The hotel was eventually demolished in 2012 and replaced by the Posada Hotel Beach Club. 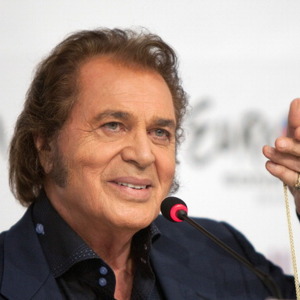