Emmylou Harris net worth: Emmylou Harris is American singer-songwriter who has a net worth of $15 million dollars. Born in Birmingham, Alabama, Emmylou Harris grew up in North Carolina and Virginia, and was the valedictorian of her high school class. She went on to college at the University of North Carolina-Greensboro after receiving a theater scholarship, but subsequently shifted her focus to music. She left the school early to pursue a music career full-time in New York. While performing in New York, she was introduced to Gram Parsons, with whom she would record a number of her early hit songs, and establish her sound. After Mr. Parsons passed away, she began a successful solo career that has lasted for over 40 years. She has won numerous awards, including twelve Grammy Awards, and is a highly sought after musical collaborator. She is involved in multiple humanities initiatives as well, and was most recently named to the Commission on the Humanities and Social Sciences of the American Academy of Arts and Sciences. 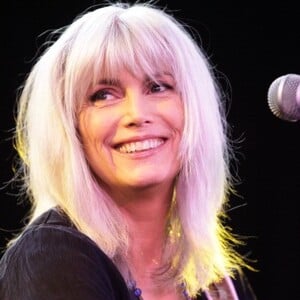