Emmanuel Jal net worth: Emmanuel Jal is a South Sudanese musician and former child soldier who has a net worth of $3 million. Emmanuel Jal has earned his net worth as a young musician from Sudan who has recorded and released six studio albums. He was born in 1980 in the village of Tonj in southern Sudan; he was only a child at the start of the Second Sudanese Civil War.

He was seven when his mother was killed by soldiers; his father was member of the Sudan People's Liberation Army (SPLA). After losing his mother Jal decided to join the thousands of children traveling to Ethiopia the children were they could be educated there. However this was a lie and Jal along with the other children was force to become soldiers and fight in the war. After several years of fighting Jal and some of the others ran away and wound up in Waat. Jal was befriended there by Emma McCune a British aid worker who was married to senior SPLA commandant Riek Machar. McCune adopted Emmanuel and smuggled him to Kenya, and there he was finally able to attend school in Nairobi. After McCune died her friends (Madeliene Bunting and Anna Ledgard) helped Emmanuel to continue his studies. However, Machar the husband of McCune did not want Emmanuel staying with him, so he was forced to live in the slums. He has formed several groups. His first single, "All We Need Is Jesus", was a hit in Kenya and received airplay in the UK. Jal hopes that his music will help form a unity of the citizens to overcome ethnic and religious division and motivate the youth in Sudan. In 2008 C. Karim Chrobog made a documentary about Emmanuel Jal called War Child. 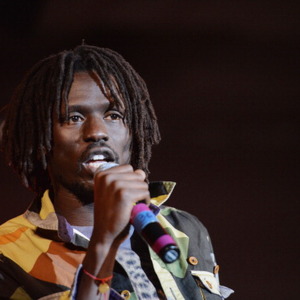