Elliott Yamin net worth: Elliott Yamin is an American singer who has a net worth of $6 million. He is best known for appearing on the fifth season of American Idol, and for his hit single, "Wait for You" which was released in 2007. He was born Efraym Elliott Yamin in 1978 in Los Angeles California, and moved to Richmond, Virginia when he was 11 years old.

He was born with severe allergies to trees, grass and pollen and began showing an interest in music at the age of five. He had a history of ear infections as a child and an eardrum replacement surgery at 13 that left him with a 90% hearing loss in his right ear. At 16, he was diagnosed with Type I Diabetes and he wears an insulin pump to help him manage his condition. He first discovered his genuine vocal talent while singing karaoke in his late teens and although he was never musically trained, sang in a local jazz band as well as amateur performance forums where he emulated Stevie Wonder, Whitney Houston, and Donny Hathaway. Yamin auditioned in Boston for American Idol and was subsequently selected for the show. He placed third overall in the fifth season and went on to release four albums and a number of hit singles after his appearance on the show. 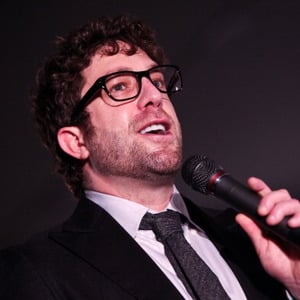