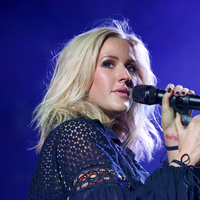 What is Ellie Goulding's Net Worth?

Ellie Goulding is an English singer-songwriter who has a net worth of $30 million. Although she is incredibly popular in the United Kingdom, she has gained global appeal after a range of successful hits and albums. A chart-topping singer, Ellie Goulding has won numerous awards over the course of her career, and she has been nominated for a Grammy.

Elena Jane Goulding was born on December 30th of 1986 in Hereford, England. She was then raised in Lyonshall, a small town near her birthplace. Goulding started to become interested in music at age nine when she learned how to play the clarinet. At age 14, Ellie Goulding moved on to the guitar. By 15, the young artist was writing her own songs. During high school, she ironically failed her A level in Music and passed other subjects.

After graduating from secondary school, Ellie Goulding attended the University of Kent, where she studied drama and theater. After earning her degree, she met her future producer and manager in her final year. Soon afterward, she began work on her debut album.

Ellie Goulding began her music career after signing a record deal with Polydor Records in 2009. That being said, her debut single was actually released through a smaller, independent label called Neon Gold Records. "Under the Sheets" performed well on the charts, and this success combined with exposure on television shows and a win at the BBC Sound of 2010 poll. She spent the next period writing songs for several high-profile artists and featuring on numerous albums.

By 2010, Ellie Goulding was ready to release her debut album. Lights soon topped the UK album charts, and it reached considerable success elsewhere in the world. Her most successful single was "Starry Eyed," which reached number four on the charts as well. In 2012, Lights achieved platinum status with over 1.6 million units sold worldwide. Later in the year, she covered Elton John's "Your Song" and reached number two on the charts and helping Goulding gain further notoriety in the United States.

Ellie Goulding spent the next period touring in support of her debut album. She joined groups like Passion Pit and artists like John Mayer in music festivals across the UK. She then spent time performing in Germany and Austria, opening for U2. In 2011, she performed at Coachella Music Festival before appearing on shows like Jimmy Kimmel Live! and Saturday Night Live. These TV appearances and tours helped Ellie Goulding become much more popular in the United States. Also in 2011, her song was featured on the soundtrack of the film Life in a Day. In addition, Ellie Goulding performed at the wedding reception of Prince William and Kate Middleton.

2011 was a busy year for Ellie Goulding, as she also collaborated with Skrillex on the single "Summit." She then spent the next period touring through South America with Skrillex. After touring through Wales, Goulding performed at the Lollapalooza in Chicago. She rounded off 2011 with performances in Norway and at the White House. In 2012, Goulding released her second album – Halcyon. That year, she also contributed a song to the soundtrack of Twilight: Breaking Dawn – Part 2. In 2014, she contributed another song to the soundtrack of the film Divergent.

Goulding continued this pattern in 2015 with the song "Love Me Like You Do," which appeared on the soundtrack of Fifty Shades of Grey. The single became a massive commercial success, topping the charts in numerous countries and reaching the number three spot in the US. The song later earned Goulding a Grammy nomination. That year, she also released her third album: Delirium. After somewhat of a hiatus from music, she returned in 2017 with various concerts.

Ellie Goulding later switched to a new management company and started work on her fourth album: Brightest Blue. She then collaborated with a number of prominent artists, including Sean Paul, Swae Lee, and Juice Wrld. 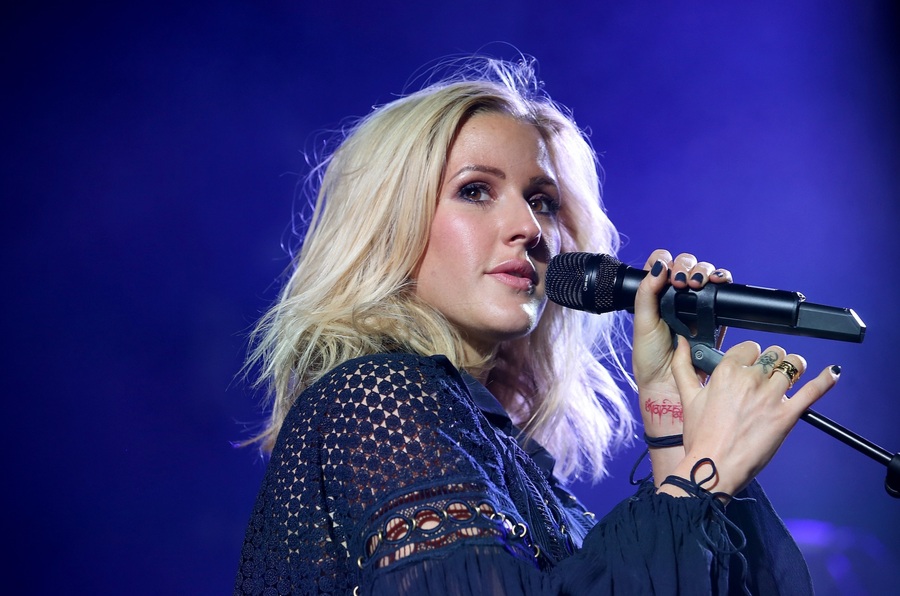 Ellie Goulding generated significant media buzz after starting a relationship with Dougie Poynter in 2014. She broke up with the bassist of the UK pop-rock band McFly in 2016. In 2018, Ellie Goulding announced that she was officially engaged to her then-boyfriend, Caspar Jopling. The pair were wed in 2019, and their marriage was the subject of considerable media attention.

Ellie Goulding has struggled with mental health issues over the years. She admits to having panic attacks, and she sometimes finds it difficult to record in a studio if she feels it's a negative environment. In order to combat anxiety and stress, Goulding has become heavily involved in fitness.

Goulding has strong political views. She supports the labor party and was distraught when Brexit was approved. In addition, she has friends in high places. She once revealed that she has a close personal relationship with Princess Beatrice, a member of the British Royal Family.

Ellie Goulding has supported numerous charities over the course of her career. In 2012, she donated one dollar for each sale of her mixtape Free the Children. She also performed in various charity concerts that raised money and awareness for less privileged children, women's issues, the 2014 Ebola crisis, environmentalism, social justice, and homelessness. In 2017, the United Nations Foundation recognized Goulding's philanthropic work and awarded her with a Global Leadership Award. The following year, Goulding joined the organization as a Goodwill Ambassador.

In 2019, it was reported that Ellie Goulding had invested 3.4 million pounds into a "slew" of properties across England. These are reportedly strictly investment properties, and Goulding will probably never set foot in them – other than to oversee renovations and developments, of course. Her real estate portfolio allegedly includes a 1.3-million-pound property in Worcestershire and a house in West London worth 1.6 million pounds. As a testament to the serious nature in which Goulding views her real estate investments, she has established her own company to manage these properties.

Ellie Goulding has built on her net worth with a number of brand endorsements over the years. She partnered with Pantene to become their brand ambassador and has also worked with Nike on a number of notable campaigns. In 2010, Ellie Goulding lent her voice to John Lewis, a department store chain in the UK. In 2013, she became a model for Marks & Spencer's "Womanism" campaign.