What Is Elle King's Net Worth?

Elle King is an American singer, songwriter, musician, and actress who has a net worth of $4 million. King is the daughter of comedian Rob Schneider, and she has appeared in his films "Deuce Bigalow: Male Gigolo" (1999), "The Benchwarmers" (2006), and "Wild Cherry" (2009). She also performed with her father in his 2020 Netflix special "Rob Schneider: Asian Momma, Mexican Kids," and that year she co-starred with Diane Keaton and Jeremy Irons in the romantic comedy "Love, Weddings & Other Disasters." Elle has released the studio albums "Love Stuff" (2015) and "Shake the Spirit" (2018), and her 2014 single "Ex's & Oh's" reached #1 on the "Billboard" Hot Rock & Alternative Songs chart and earned her two Grammy nominations. She was also featured on the Grammy-nominated Dierks Bentley single "Different for Girls," which was certified Platinum in the U.S. and Canada.

Elle King was born Tanner Elle Schneider on July 3, 1989, in Los Angeles, California. Her father, Rob Schneider, joined the cast of "Saturday Night Live" the year after Elle was born, and her mother, London King, is a former model who now works as a doula. After King's parents divorced, she lived in Ohio with her mother and stepfather, Justin Tesa. When Elle was 9 years old, Tesa gave her an album by the female hard rock band the Donnas, and King became interested in pursuing music. Around this time, Elle appeared in Schneider's 1999 film "Deuce Bigalow: Male Gigolo," and at age 13, she began learning to play the guitar. She later learned to play the banjo because of her love for the music of Earl Scruggs and Hank Williams. As a teenager, King attended Buck's Rock Performing and Creative Arts Camp in Connecticut, where she performed in several musicals. Elle attended Elisabeth Irwin High School/Little Red School House in Manhattan, and after graduation, she enrolled at Philadelphia's University of the Arts to study film and painting. After college, King moved to Copenhagen, Denmark, then she lived in Los Angeles before returning to New York City.

At age 16, Elle began performing in NYC nightclubs using a fake ID, and after signing with RCA, she released the single "Good to Be a Man" in March 2012, followed by "The Elle King EP" in June. "The Elle King EP" reached #34 on the "Billboard" Top Heatseekers chart, and the track "Playing for Keeps" was the theme song for the 2012 VH1 reality series "Mob Wives Chicago." "Esquire" magazine named King an "Artist to Watch in 2012," and she performed on "Late Show with David Letterman" in August of that year. In September 2014, Elle released the hit single "Ex's & Oh's," which was certified 4x Platinum in the U.S. and 5x Platinum in Canada. "Ex's & Oh's" reached the top 10 in more than a dozen countries, and King performed the song on "The Today Show," "The Tonight Show Starring Jimmy Fallon," "Jimmy Kimmel Live!," and "Dick Clark's New Year's Rockin' Eve." Her debut album, "Love Stuff," was released in February 2015, and it went Platinum in the U.S., Gold in Canada, and Silver in the U.K. The album reached #26 on the "Billboard" 200 chart, and the single "America's Sweetheart" was certified Gold in the U.S. and Platinum in Canada. In 2016, Elle's song "Good Girls" was featured in the film "Ghostbusters, and she performed on Dierks Bentley's "Different for Girls," which earned numerous award nominations. 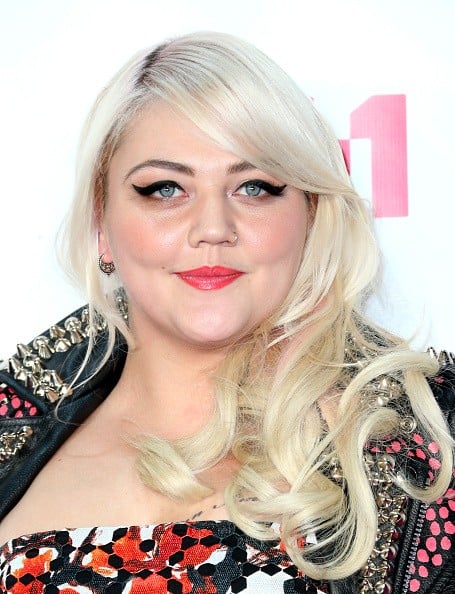 In October 2018, King released her second album, "Shake the Spirit," and it reached #68 on the "Billboard" 200 chart. The album featured the singles "Shame" and "Baby Outlaw," and "Shame" reached #22 on the "Billboard" Hot Rock & Alternative Songs chart. In 2019, Elle co-hosted MTV's "Catfish: The TV Show," recorded "Under the Mistletoe" with Ronnie Spector, and performed on the Miranda Lambert song "Fooled Around and Fell in Love," which also featured Maren Morris, Caylee Hammack, Tenille Townes, and Ashley McBryde. In 2020, King released the EP "In Isolation" and was featured on Needtobreathe's "Who Am I" and The Night Game's "Companion." In 2021, she teamed up with Miranda Lambert again for the song "Drunk (And I Don't Wanna Go Home)," which reached #6 on the Hot Rock & Alternative Songs chart and #9 on the Country Airplay chart. The song earned the duo nominations from the Grammys and Country Music Association Awards, and they performed it at the 56th Academy of Country Music Awards in April 2021.

Elle began a relationship with Andrew Ferguson in early 2016, and they became engaged less than two weeks after they met. They married on Valentine's Day of that year, and they announced their split in May 2017, a few weeks after Andrew was arrested for allegedly grabbing Elle by the throat, throwing her on a bed, and threatening to kill her. TMZ reported that King later said that "things just got out of hand while they were partying" and declined to press charges. In a 2018 interview with "People" magazine, Elle said that after the marriage ended, "I was partying so hard to numb emotions that I couldn't handle at the time. I realized it was just prolonging the inevitable of dealing with them… I thought that by doing drugs it would buy me time to feeling better. And when that wasn't working, I just realized I was in this other cycle, and that I was creating it myself. And I realized I needed to cut all the darkness out of my life."

In March 2021, King revealed that after two miscarriages due to polycystic ovary syndrome, she was expecting a baby with tattoo artist Dan Tooker, who she had been engaged to since October 2020. The couple welcomed son Lucky Levi Tooker on September 1, 2021, and Elle's mother served as the "best doula ever" during her pregnancy. A few weeks after Lucky's birth, King wrote on Instagram, "Lucky is incredible and oh so cute. I am in love. I always wanted to be a mom, but I never imagined it would be this good." 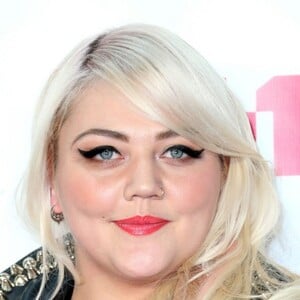