Ella Chen net worth: Ella Chen is a Chinese singer and musician who has a net worth of $20 million. Ella Chen was born in Pingtung, Taiwan in June 1981. She is best known for being part of the Taiwanese girl group S.H.E. Ella's older sister signed her up for a singing competition in 2000 and she reached the final round of the HIM International Music Universal 2000 Talent and Beauty Girl Contest.

She became a part of HIM's newest girl group S.H.E. The group has recorded 12 studio albums starting with their debut Girls Dorm in 2001 and has sold more than 10 million records. They also set records for ticket sales in both of their concert tours. They have also acted in seven TV drama series and hosted two variety shows. The group has endorsed over 30 companies including World of Warcraft and Coca-Cola. Chen was voted as Taiwan's most down-to-earth artist in 2007. She has also released songs as a solo artist and appeared in the TV series Magical Love, The rose, Reaching For The Stars, and Down With Love and the movies Perfect Two and Bad Girls. 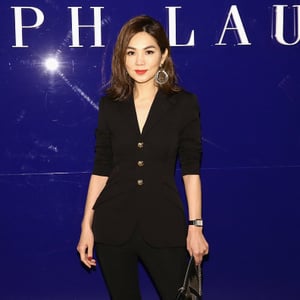