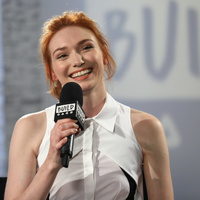 Eleanor Tomlinson net worth: Eleanor Tomlinson is an English actress and singer who has a net worth of $3 million. Eleanor Tomlinson was born in London, England in May 1992. Her first acting credit came in 2005 in the TV movie Falling. Tomlinson starred as Isabel Neville on the TV mini-series The White Queen in 2013. She began starring as Demelza on the television series Poldark in 2015. Eleanor Tomlinson has also appeared in other films and episodes of TV series including The Illusionist, Einstein and Eddington, Angus, Thongs and Perfect Snogging, The Sarah Jane Adventures, Alice in Wonderland, The Lost Future, Siberian Education, Jack the Giant Slayer, Death Comes to Pemberley, The Labours of Hercules, Loving Vincent, Ordeal by Innocence, Colette, and more. She was nominated for a TV Choice Award UK in 2015 for Best Actress for Poldark and for a Monte-Carlo TV Festival Award in 2016 for Outstanding Actress – Drama Series for the same role.