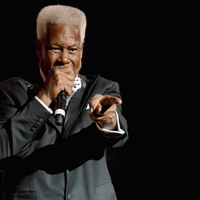 Eddie Floyd Net Worth: Eddie Floyd is an American singer and songwriter who has a net worth of $5 million. Eddie Floyd was born in Montgomery, Alabama in June 1937. Floyd's best known song is "Knock on Wood". He founded the group The Falcons. Wilson Pickett joined the group and their most popular hits were "You're So Fine" and "I Found a Love". He signed a contract with Stax Records in 1965 as a songwriter. He wrote the song "Comfort Me" for Carla Thomas and wrote for Wilson Pickett. He wrote the songs "Ninety-Nine and a Half (Won't Do)" and "634-5789 (Soulville USA)". He wrote the song "Knock on Wood" for Otis Redding and it launched Floyd's solo career. The song has been covered more than a hundred times by artists like David Bowie and Count Basie. Some of Floyd's other popular singles include "Raise Your Hand", "Love Is A Doggone Good Thing", "On A Saturday Night", "I've Never Found A Girl", "Bring It On Home To Me", "Don't Tell Your Mama (Where You've Been)", "Why is the Wine Sweeter (On The Other Side)", and "California Girl". He has sung with The Blues Brothers Band and Billy Wyman's Rhythm Kings.