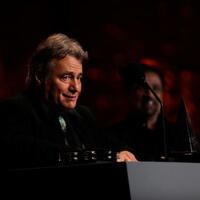 Eddie Brigati net worth: Eddie Brigati is an American singer and songwriter who has a net worth of $2 million. Eddie Brigati was born in Garfield, New Jersey in October 1945. He was a member of the band The Young Rascals from 1964 to 1970 where he sang and played tambourine. Brigati has also been a member of Joey Dee and the Starliters where he replaced his brother David Brigati. The Young Rascals released their self-titled debut studio album in 1966 which reached #10 on the Cashbox chart and #15 on the Billboard Top 200. They released the album Collections in 1967 which reached #14 on the Billboard Top 200 and the album Groovin' in 1967 which reached #5 on the Top 200 and #6 on the Cashbox chart. The Young Rascals released the album Once Upon A Dream in 1968 which reached the Top 10 on both charts and the albums Freedom Suite and See in 1969 which were both successful. Their singles "Good Lovin'", "Groovin'", and "People Got To Be Free" all reached #1 on the US, US Cashbox, and Canadian charts.