What is Ed Sheeran's net worth?

Ed Sheeran is an English singer-songwriter who has a net worth of $200 million. He is one of the wealthiest and most successful singers in the world today. In a given year in when he is touring, Ed can easily earn $70 – $100 million. For example he earned $65 million between June 2019 and June 2020 from his various endeavors.

Edward Christopher Sheeran was born in Halifax, England on February 17, 1991, and grew up in Framlingham, England. He began singing in a local choir before he started kindergarten and then moved on to playing guitar. He began writing his own songs while attending Thomas Mills High School and was subsequently accepted to the National Youth Theatre.

Sheeran started recording music in 2004 and released a collection of work, Spinning Man, independently.  He released his first EP in 2005, and then went on to release two albums over the course of the next three years. He began to gain a small following while performing at smaller venues in and around London. Sheeran also collaborated with a number of artists and toured with Just Jack. In 2010, he visited Los Angeles, where he caught the attention of Jamie Foxx, who gave him free recording space and a place to stay while he was in the city. He went on to release two more EPs. Back in London, in April 2011, Sheeran played a free show at the Barfly in Camden Town where over 1,000 fans showed up. His EP, "No. 5 Collaborations Project" became an iTunes hit, and he was signed to Asylum/Atlantic Records. Sheeran released his debut studio album, +, in 2011 which reached #1 in four countries and #4 in the US. His single "Shape of You" reached #1 in 10 countries and he has also had massive hits with the songs "The A-Team", "Lego House", "I See Fire", "Sing", "Don't", "Thinking Out Loud", "Photograph", "Castle on the Hill", "Galway Girl", and "Perfect".

His second album, x, was released in 2014 in nine countries including the US and the UK. Sheeran took a year-long hiatus and social media break shortly after the success of x, and in March 2017 made a comeback with the release of the album Divide. It debuted at No. 1 in the UK, the US, and many other countries and became the fastest-selling album by a male solo artist in the UK. It was also the third fastest-selling in UK chart history, behind Adele and Oasis. Sheeran and Justin Bieber released a single, "I Don't Care", in May 2019 that debuted with 10.977 million daily global streams on Spotify, rendering it the platform's single-day streaming record. Sheeran released that album, titled No. 6 Collaborations Project, on July 12, 2019. It debuted at No. 1 in the UK, the US, Australia, and other markets. His four albums spent a combined 41 weeks at No. 1 in the UK. In December 2019, he was named artist of the decade by the Official Charts Company. His song "Shape of You" was named the number one charting song of the decade and Spotify named him the second-most-streamed artist of the decade, behind Drake as number one. He also holds the record for the highest-grossing concert tour. Sheeran has sold over 150 million records.

The majority of Ed's income is derived through touring. His "Divide" tour grossed $780 million between March 2017 and August 2019. That was enough to become the highest-grossing concert tour of all time, topping U2's "360 Degrees" tour that took place between 2009 and 2011.

In 2014, Sheeran made his acting debut with a cameo role on New Zealand soap opera Shortland Street. In 2015, he acted in the Australian soap Home and Away. Sheeran also appeared as himself in 2016's Bridget Jones's Baby. In July 2017, Sheeran appeared in a scene on Game of Thrones opposite Maisie Williams. Sheeran has worked on ads for Heinz Tomato Ketchup, for which he has a particular affection for (he has claimed to put it on everything, carries a bottle with him on tour, and has a Heinz Ketchup tattoo on his arm). In June 2019, Sheeran appeared as himself in the Richard Curtis/Danny Boyle film Yesterday. 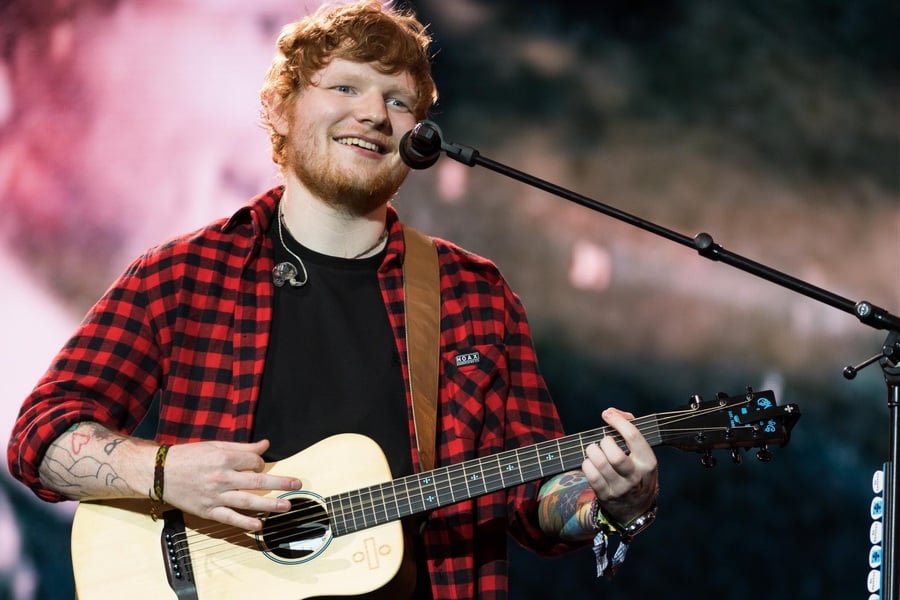 Sheeran bought and renovated a house in Framlingham, Suffolk, in early 2011. In 2014, he bought a home in Notting Hill in London. Sheeran dated Scottish musician Nina Nesbitt before breaking up in 2012. He dated Athina Adrelos from 2014-2015. Since July 2015, Sheeran has been in a relationship with childhood friend Cherry Seaborn. They announced their engagement in January 2018 and secretly married a year later. Politically, Sheeran is a vocal supporter of the Labour Party and publicly opposed Brexit.

Sheeran raised $40,000 at a gig in Bristol for a charity that supports street sex workers. He can often be found donating bags of clothing to charity shops in Suffolk, his home county. Ed is an ambassador for East Anglia's Children's Hospice. He joined the charity supergroup Band Aid 30 in November 2014, along with other British and Irish pop acts. He recorded a version of "Do They Know It's Christmas?" to raise money for the West African Ebola Virus epidemic. In 2015, Sheeran joined 30 other celebrities in support of the No Cold Homes campaign and donated winter clothing items to people in the UK struggling to keep their homes warm in the winter. Sheeran has participated in the BBC's biennial telethon Comic Relief and appeared in 2017 on an episode of Gogglebox as part of the UK's Stand Up to Cancer fundraising campaign.

Sheeran received an honorary degree from the University of Suffolk in Ipswich in 2015 for his outstanding contribution to music. In 2017 Sheeran was appointed a Member of the Order of the British Empire for "services to music and charity." Sheeran has won four Grammy Awards, including Song of the Year, five Brit Awards, and six Billboard Music Awards. He received the Ivor Novello Award for Songwriter of the Year in both 2015 and 2018. To date, Sheeran has been nominated for over 300 awards and has won 115. Sheeran was also recognized by his birth country in a 2018 poll in which he was ranked the fourth-greatest Yorkshireman ever. 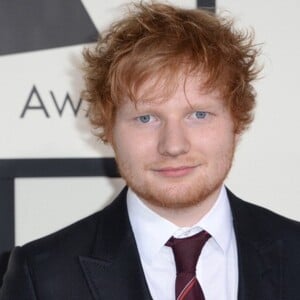