Ed Robertson net worth: Ed Robertson is a Canadian singer, songwriter, and musician who has a net worth of $8 million. Ed Robertson was born in Scarborough, Ontario, Canada in October 1970. He is best known for being the lead singer and guitarist of the band Barenaked Ladies. The band formed in 1988 as a duo between Robertson and Steven Page, who left the band in 2009.

Barenaked Ladies developed a cult following in Canada and their self-titled cassette released in 1990 became the first independent release that was ever certified gold in Canada. Barenaked Ladies have sold more than 15 million records worldwide. Their debut studio album Gordon was released in 1992 and reached #1 in Canada. Their 2000 album Maroon also reached #1 in Canada and #5 in the United States. Barenaked Ladies have had #1 hits with the singles "Jane", "One Week", and "It's All Been Done". They have also had success with the singles "Lovers in a Dangerous Time", "Enid", "If I Had $1000000", "Brian Wilson", "Alternative Girlfriend", "Shoe Box", "The Old Apartment", "Alcohol", "Call and Answer", "Get in Line", "Pinch Me", "Too Little Too Late", "Another Postcard" and "You Run Away". The band has won two Billboard Music Awards, seven Juno Awards, and a World Music Award and has also been nominated for two Grammy Awards. Robertson has starred in the TV series Ed's Up and has co-hosted the series Daily Planet on the Discovery Channel. In 2012 he guest co-hosted Live with Kelly. 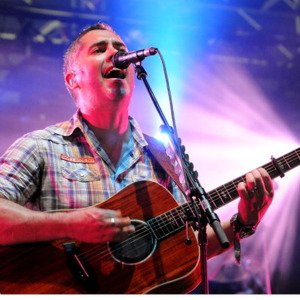