Earl Thomas Conley Net Worth: Earl Thomas Conley is an American country music singer-songwriter who has a net worth of $8 million. Earl Thomas Conley was born in Dayton, Ohio in October 1941. He joined the U.S. Army and joined a musical trio. He collaborated with Dick Heard on "Smokey Mountain Memories" which reached the top 10.

Conley moved to Huntsville, Alabama and worked in a steel mill where he met record producer Nelson Larkin and signed with the label GRT in 1974. His debut studio album Blue Pearl was released in 1980 and reached #20 on the US Country chart. He released a total of 10 studio albums and had the most success with his 1984 album Treadin' Water reached #2 and 1983's Don't Make It Easy for Me and 1986's Too Many Times reaching #3 on the US Country charts. Conley had #1 hits on the US or Canadian Country charts with the singles "Fire and Smoke", "Somewhere Between Right and Wrong", "Your Love's on the Line", "Holding Her and Loving You", "Don't Make It Easy for Me", "Angel in Disguise", "Chance of Lovin' You", "Honor Bound", "Love Don't Care (Whose Heart It Breaks)", "Nobody Falls Like a Fool", "Once in a Blue Moon", "Too Many Times", "I Can't Win for Losin' You", "That Was a Close One", "Right from the Start", "What She Is (Is a Woman in Love)", "We Believe in Happy Endings", "What I'd Say", and "Love Out Loud". Conley was nominated for multiple Grammy Awards for his song "Holding Her and Loving Her". He also set a record for being the first artist in any genre to have four #1 singles from the same album. 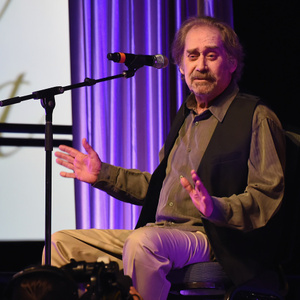