Earl Slick net worth: Earl Slick is an American guitarist and songwriter who has a net worth of $6 million. Earl Slick was born in Brooklyn, New York in October 1952. He is best known for his successful collaborations with artists including John Lennon, David Bowie, Robert Smith, and Yoko Ono. Slick has released several solo albums starting in 1976 with The Earl Slick Band. He also released the albums Razor Sharp in 1976, In Your Face in 1991, Lost and Found in 2000, Live '76, Slick Trax in 2002, and Zig Zag in 2003. Slick was featured on the albums Diamond Dogs, David Live, Young Americans, Station To Station, Heathen, Reality, A Reality Tour, and The Next Day with David Bowie. He was also featured on the John Lennon & Yoko Ono albums Double Fantasy and Milk and Honey and the Yoko Ono album Season of Glass. Slick has also been featured on albums by Silver Condor, Phantom Rocker and Slick, Jacques Dutronc, and Dirty White Boy. 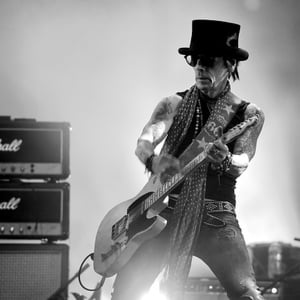