What is Dwight Yoakam's Net Worth?

Dwight Yoakam is s an American singer-songwriter, actor, and film director who has a net worth of $45 million. Although Yoakam is probably best known for his pioneering influence on the genre of Country music, he has achieved much outside of the musical world. Dwight has starred in a number of films, including "Sling Blade," "The Three Burials of Melquiades Estrada," "Crank," and many others. He frequently collaborates with Billy Bob Thornton and Tommy Lee Jones in the film world. He is also known for co-writing and producing "South of Heaven, West of Hell," which he also starred in. In terms of his television work, he is known for playing the role of Bruce in the FX series "Wilfried."

In terms of his musical achievements, Dwight has released 12 gold albums and nine platinum albums. One of his albums, entitled "This Time," reached triple-platinum status. He first gained popularity in the mid-80s, and since then Yoakam has sold more than 30 million records worldwide. Dwight successfully popularized his own particular brand of honky-tonk music, which he playfully referred to as "hillbilly music." This was during a time when the most popular style of Country music was a more pop-focused "urban cowboy" approach.

Dwight Yoakam was born on October 23rd of 1956 in Pikeville, Kentucky. Raised by working-class parents in Columbus, Ohio, Dwight explored his musical and dramatic talents during his high school years. He was cast in lead roles for the school plays, and he also honed his talents with the guitar outside of class time. During this period, he sang and played lead guitar for a number of garage bands. After graduating from high school, Yoakam attended Ohio State University but dropped out after a relatively brief period. Following this, Dwight relocated to Los Angeles in 1977 with the goal of becoming a recording artist.

Before moving to Los Angeles, Yoakam first attempted to achieve success in Nashville. However his particular brand of honky-tonk music was not very popular, so he was forced to explore other opportunities in Los Angeles. Once in Hollywood, he began writing numerous songs and performed country music in rock clubs throughout Los Angeles. Although he performed alongside punk bands in many cases, his music proved popular. Not only that, but it exposed him to a much more diverse audience. In the end, the decision to explore opportunities outside of the "traditional," Nashville-focused routes led to considerable success for Yoakam.

He self-financed his first album in 1986, entitled "Guitars, Cadillacs, Etc., Etc." Released by the independent label Oak Records and produced by Pete Anderson, the album made a notable impact in the country music community. Unlike the majority of urban cowboy music which was steadily going out of style, Dwight's songs were authentic, and his "honky-tonk revivalism" became the next big thing. Hits like "Honky Tonk Man" proved to be quite popular. 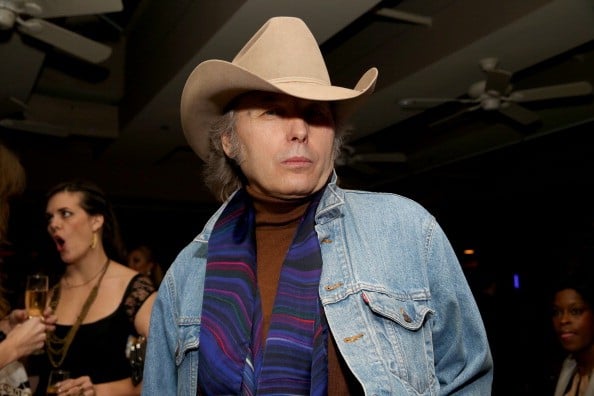 This led to follow-up LPs such as "Hillbilly Deluxe" and "Buenas Noches from a Lonely Room." The latter LP featured his first number-one hit, a duet with Buck Owens entitled "Streets of Bakersfield." Throughout the 1990s, Yoakam continued to achieve success with albums like "If There Was a Way," which achieved double-platinum status, and "This Time," which achieved triple-platinum status.

Over the course of his career, Dwight has become known for covering various Elvis Presley songs, such as "Suspicious Minds." However, he has also covered a range of additional songs that are not typically associated with country music, such as "Train in Vain" by The Clash. In addition, Yoakam toured extensively with hardcore punk bands during his early years. Yoakam continued to release music well into the modern era, and in 2005 he released "Blame the Vain." The album was well-received by critics.

In 2011, he released "3 Pears" after penning a new deal with Warner Bros. This album featured the artist Beck. Once again, Dwight achieved widespread critical acclaim with the release of this album, and it charted extremely well. In 2015, Dwight released the album "Second Hand Heart." In 2016, he released another album called "Swimmin' Pools, Movie Stars…"

In 1996, Dwight Yoakam booked a notable role in "Sling Blade." He then followed up with a variety of other film roles over the years. Modern audiences might recognize him from the movie "Crank," in which he plays Chev Chelios' doctor, Doc Miles. He reprised this role in 2009 with "Crank: High Voltage." He also produced, co-wrote, and starred in the film "South of Heaven, West of Hell," which received very poor reviews and proved to be a commercial failure.

Dwight Yoakam has his own food company called Bakersfield Biscuits. These products are available at retailers such as Walmart.

In 2000, it was reported that Dwight Yoakam had sold his home in Malibu for approximately $825,000. The property spans 12.6 acres. The residence itself features three bedrooms and 2,500 square feet of living space. There is also a two-bedroom guesthouse, a six-stall horse stable, and a garage with a shop. Dwight originally purchased the residence in 1989 for $550,000. This was shortly after he had achieved considerable success in the music world.

It was also reported that Yoakam borrowed $500,000 against this Malibu property in order to fund his film, "South of Heaven, West of Hell." His production company filed for bankruptcy shortly after the film's release, which may explain the sale of the property. 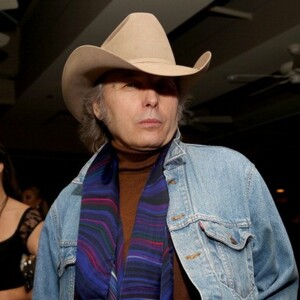