Dwele Net Worth: Dwele is an American musician and producer who has a net worth of $6 million. Born in Detroit, Michigan, in 1978, as Andwele Gardner, Dwele started playing the piano when he was six years old. Soon after, he learned to play the guitar, bass, and trumpet. His dad was shot dead outside his home when Dwele was ten years old; it is an experience he credits with fueling his passion for music. Before releasing his debut album, Dwele sang on the track "Tainted" for Slum Village. The song's success propelled his music career and he landed his first record deal with Virgin in 2003. His debut album, "Subject", came out the same year, charting at number 108 on the Billboard 200, and reaching the top 20 on the R&B charts. He followed it up with 3005's "Some Kinda…", which landed at number 54 on the charts. His 2008 album, "Sketches of a Man", did even better, landing at number 35. 2010's "W.ants W.orld W.omen" broke into the top 30. Dwele's best-charting single was 2007's "Flashing Lights" with Kanye West, which landed at number 29 on the U.S. charts. He's been featured on a variety of albums, including Phat Kat's "The Undeniable", Jazzanova's "Of All The Things", and "Power" with Kanye West. 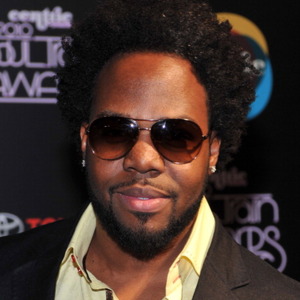