How much is Duffy Worth?

Duffy Net Worth: Duffy is a British singer/songwriter and occasional actress who has a net worth of $9 million dollars. She burst onto the seen in 2008 after the release of her debut studio album "Rockferry". She somewhat retreated from public life in recent years.

She was born Amie Ann Duffy on June 23, 1984 in Bangor, Gwynedd, Wales. Duffy's childhood was marred by a family scandal concerning a plot by her stepfather's ex-wife to hire an assassin to kill her stepfather. Due to the scandal, Duffy was briefly housed in a police safe house at the age of 14. After finishing her education at Pembrokeshire, she returned to Nefyn (Wales) to live with her biological father, at age 15, and began singing in local bands.

Her singing career began under the name Aimée Duffy in 2004. In 2007, she signed a recording contract with A&M Records. The following year she released her debut album, Rockferry, which hit #1 on charts around the world, eventually selling 7 million albums.

She was soon feeling the pressure of fame and she briefly considered pulling out of the music business. In 2009, Duffy won the Grammy Award for Best Pop Vocal Album for Rockferry and was nominated for two other Grammys at the 51st Grammy Awards. In 2009, she also won three Brit Awards: British Breakthrough, Best British Female and Best British Album. 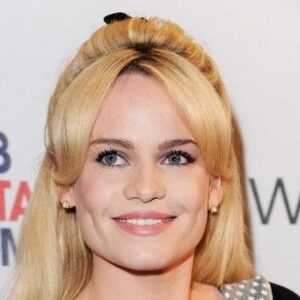