What is Dua Lipa's net worth?

Dua Lipa is an English singer, songwriter, and model who has a net worth of $25 million. After working as a model, she released her first album in 2017 and has since gone on to achieve enormous success in pop music.

Dua Lipa was born in London, England on August 22, 1995. Her parents had moved from Pristina, FR Yugoslavia, (present-day Kosovo) a few years before her birth. Her father Dukagjin Lipa is a marketing manager and lead vocalist for the Kosovan rock band Oda. Her mother, Anesa Lipa, works in tourism. Dua attended the Sylvia Young Theater School part time before the family moved back to Kosovo in 2006 when her father got a job there. Lipa attended the Third Millennium School in Pristina and it was there that she became a fan of the hip hop artists which influenced her music style.

Lipa started her career at 14 by posting cover songs on YouTube of her favorite artists such as Pink and Nelly Furtado. She was inspired by the fact that Justin Bieber's discovery and fame were attributed to YouTube, and she aspired to do the same. When she was 15, she moved back to London with aspirations to become a singer. Lipa lived with a friend and studied at Parliament Hill School during the week and returned to study at the Sylvia Young Theater school on the weekends. Dua worked various odd jobs, hostessing at restaurants and nightclubs, in order to earn money for her music lessons. She began working as a model for ASOS Marketplace when she was 16 with the hopes of meeting people who could launch her music career. However, she left the company when they told her to lose weight. In 2013, she made her screen debut when she starred in a TV commercial for "The X-Factor." That same year, she signed a contract with Tap Management while she was working as a cocktail waitress. Tap Management offered her a monthly salary to leave her job and focus on recording music.

During one of these recording sessions for Tap, she co-wrote the song "Hotter than Hell," which led to her signing a record deal with Warner Music Group in 2015. She released her first single "New Love" in August 2015. Lipa's second single, "Be the One", reached #1 in Belgium as well as #6 in Australia and #9 in the UK. Lipa was one of the acts on the BBC Sound of 2016 long list. She launched her first tour in the UK and Europe in January 2016 and concluded it in November 2016. Lipa released her third single, "Last Dance" in February 2016 and finally "Hotter than Hell" on May 6. "Hotter than Hell" peaked at No. 15 in the UK and found reasonable amounts of airplay. Her fifth single, "Blow Your Mind (Mwah) was released in August 2016 and peaked at No. 30 in the UK. It became her first entry on the US Billboard Hot 100 and debuted at No. 72. Later that year, Lipa was featured on Sean Paul's single "No Lie," which shot to No. 10 in the UK. In January 2017, Lipa won the EBBA Public Choice Award and released her next single, "Scared to Be Lonely," which was a collaboration with Martin Garrix. The song reached No. 14 in the UK. 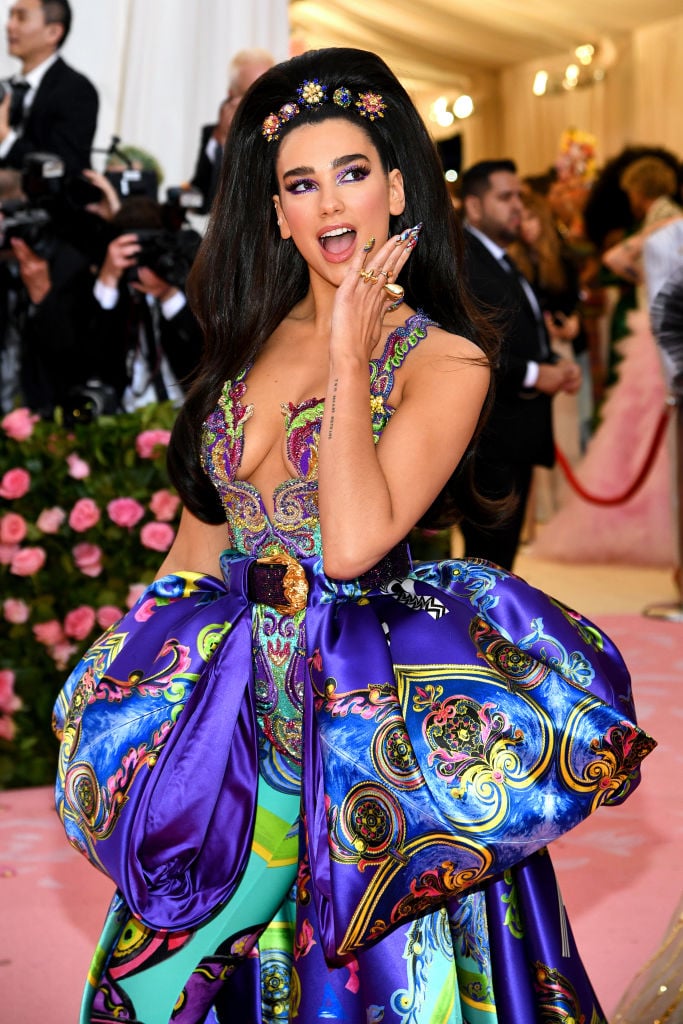 Dua Lipa released her self-titled debut studio album in 2017 and the album reached #5 in the UK as well as #3 in Ireland. She also released the EP The Only in 2017. Dua Lipa's single "New Rules" reached #1 in the UK, her first to do so, as well as in Belgium, Ireland, and New Zealand. The track remains her best selling single to date. She was also featured on the single "Bridge over Troubled Water" which reached #1 in the UK and was a charity single for families of the victims of the Grenfell Tower fire in London. In the summer of 2017, Lipa performed at Glastonbury, We the Fest, and on BBC's "Later…with Jools Holland." She had four singles reach the UK top 10 in 2017: The aforementioned "Bridge over Troubled Water," "Be the One," "New Rules," and "No Lie.

In 2017 Lipa was nominated for a Teen Choice Award for Choice Breakthrough Artist and she was also awarded as a Young and Promising International Artist at the SCTV Music Awards that year. In 2018, Lipa received nominations in five categories at the Brit Awards–more nominations than any other artist that year and making the first time that a female artist had received five nominations. In February 2018, Lipa collaborated with American DJ Whethan on the song "High" for the "Fifty Shades Freed" soundtrack. On April 6, 2018, Lipa and Calvin Harris released the single "One Kiss," which topped the UK Singles Chart–Lipa's second number one on the chart. The single became the biggest selling song in the UK of 2018 and topped the chart for eight weeks in a row. 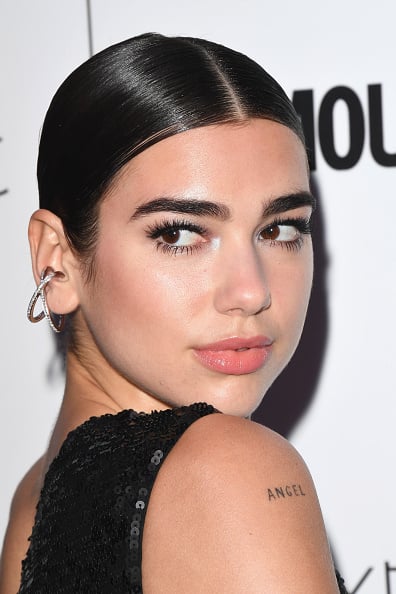 In January 2019, Dua released the single "Swan Song" for the soundtrack to "Alita: Battle Angel." She then released the lead single "Don't Start Now" from her second album "Future Nostalgia," and announced an accompanying tour. The single peaked at No. 2 in both the US and the UK. Her next single leading up to the release of the album was "Physical," released in January 2020. Lipa released her second album "Future Nostalgia" on March 27, 2020. The album was met with widespread acclaim and debuted at No. 2 on the Official UK Albums Chart. It peaked the next week at No. 1 on the Official UK Albums Chart and the three singles entered the top ten of the Official Singles Chart. On August 13, 2020, Kipa released a remix of "Levitating", which featured Madonna and Missy Elliot.

Lipa was in an on again-off-again relationship with English chef Isaac Carew. They were together for three years until early 2017, reconciled in January 2018, but broke up again in early June 2019. Since June 2019, Lipa has been dating American model Anwar Hadid, the younger brother of models Gigi and Bella Hadid. 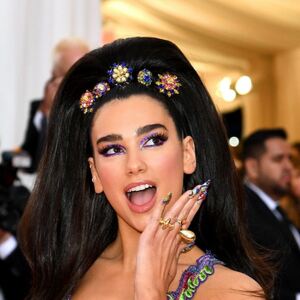