Drew Lachey net worth and salary: Drew Lachey is an American singer and actor who has a net worth of $4 million. Drew Lachey has earned his net worth as a member of the well-known music group 98 Degrees. Lachey is also the winner of the television show Dancing with the Stars season two.

He was born on August 8, 1976 in Cincinnati, Ohio. He is the younger brother of Nick Lachey. He studied at the School for Creative and Performing Arts (SCPA) in the Cincinnati Public School District. Drew served as a combat medic in the United States Army. He then worked as a New York City Emergency medical technician, more commonly known as an EMT.

Lachey is married to his high school sweetheart Lea Dellecave. She was a choreographer and dancer for 98 Degrees. They married on October 14, 2000 and they have a son and a daughter. Lachey made a guest appearance on Hollywood Squares in 2001, and he performed the role of Mark Cohen on Broadway in the musical Rent. The musical ran from January 3 to March 21, 2005. In June of 2008 he joined the Broadway company of Monty Python's Spamalot as Patsy, who was King Arthur's faithful manservant, Drew performed with the show for three months. 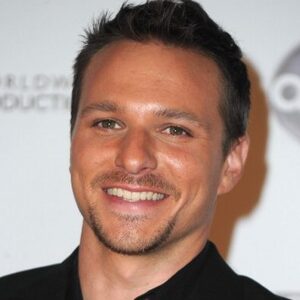