Donnie Van Zant Net Worth: Donnie Van Zant is an American rock vocalist/guitarist who has a net worth of $8 million dollars. Donnie Van Zant was born June 11, 1952 in Jacksonville, Florida. He is best known as a former member of the band .38 Special from its formation in 1974 until 2013. He is the middle of three other musician brothers: his older brother Ronnie was the original lead singer for Lynyrd Skynyrd, who died in a 1977 plane crash in Mississippi along with five other members and associates of the band; his younger brother Johnny is Lynyrd Skynyrd's current lead singer.

Donnie and Johnny also perform together from time to time as the group Van Zant. The band, .38 Special, which started as a Southern rock band and switched to a more straight-ahead rock sound, enjoyed several hit singles between 1981 and 1991. Donnie also performed with Lynyrd Skynyrd on the Hank Williams, Jr. edition of CMT Giants. According to a posting in March 2013 on the .38 Special website, "Donnie Van Zant has not been able to join the band's performances for the past 6 months. In accordance with doctor's strict orders and due to health issues related to inner-ear nerve damage; he will also not be able to join .38 Special onstage in the foreseeable future. Donnie will continue to write and record with the band. It was announced later in 2013, however, that Donnie Van Zant had officially left .38 Special and was retiring. Van Zant is an avid fan of the Jacksonville Jaguars; he recorded a video, along with remaining members of Lynyrd Skynyrd, that is played at every Jaguars home game on the Everbank Field video board. 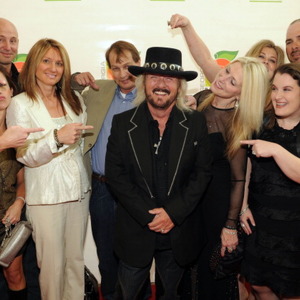