What was Donna Summer Net Worth?

Donna Summer was an American singer, songwriter, and painter who gained prominence during the disco era of the late 1970s and who had a net worth of $75 million at the time of her death. While her music gained global popularity throughout the '70s, Donna Summer earned herself the nickname "Queen of Disco." Unfortunately, Donna Summer died on May 17, 2012 at the age of 63 after a battle with lung cancer.

Donna Summer was born LaDonna Adrian Gaines on December 31, 1948 in Boston. She was raised in the neighborhood of Mission Hill by her father, a butcher, and her mother, a school teacher.

She first became involved with singing through her church choir groups, beginning at age ten, before joining a number of bands influenced by the Motown Sound. In 1967, just weeks before she was set to graduate Jeremiah E. Burke High School, Summer left for New York City where she joined the blues rock band Crow. They got an offer for a record deal but the only member interested in signing it was the band's lead singer, so the group dissolved. Summer stayed in New York City where she auditioned for a role in the (at the time) controversial counterculture musical "Hair."  She joined a touring version of "Hair" and spent several years living, acting, and singing in West Germany, where she met music producer Giorgio Moroder. She became fluent in German and participated in several musicals.

Summer released her first single in 1968 as Donna Gaines–it was a German version of the title "Aquarius" from "Hair." In 1969, Summer released the single "If You Walkin' Alone" on Philips Records. In 1974, Donna was signed to Moroder's Oasis label and she produced her first demo tape. Due to a typo in her name on her first album, "Lady of the Night," (by this point she had married Helmuth Sommer and changed her last name), the wrong name stuck and she became Donna Summer instead of Donna Sommer. The album was a hit in the Netherlands, Sweden, Germany, and Belgium. The leading track became a chart-topping hit in France but was removed from radio playlists in Germany due to the song's subject matter about a high ranking politician that had recently been kidnapped and held for ransom. 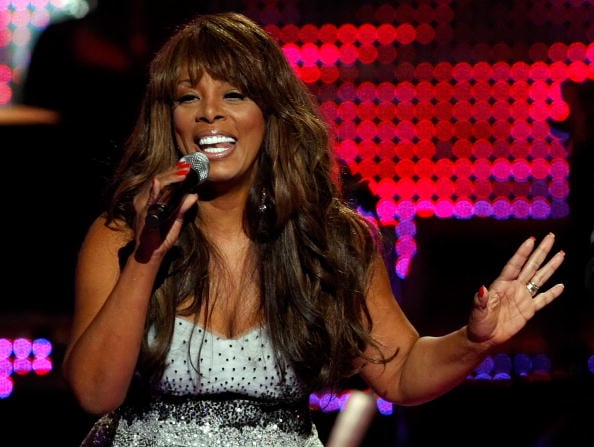 When she returned to the U.S, Summer co-wrote the song "Love to Love You Baby" with Moroder. The song was released in 1975 to enormous commercial success. Casablanca Records president Neil Bogart released the song at one of his infamous extravagant industry parties where it was so wildly popular with the crowd that they insisted it be played over and over each time it ended. Bogart then requested Moroder produce a longer version for discos. Summer returned with a 17-minute version. By 1976, "Love to Love You Baby" had reached No. 2 on the Billboard chart and was a Gold single, while the album had sold over a million copies. Some American radio stations refused to play the single due to the controversial moans and groans on the record. Despite a BBC ban in the UK, the song made it to the top five in that country.  In 1977, Summer released a concept album "I Remember Yesterday." The song "I Feel Love" reached No. 6 in the US and No. 1 in the UK. The album went on to attain Gold and Platinum statuses and so did her next album, "Once Upon a Time."

In 1978, Summer starred in the film "Thank God It's Friday," which was met with modest success and a No. 3 hit from the song "Last Dance." The soundtrack and single both went Gold, and summer won her first Grammy Award for Best Female R&B Vocal Performance. That same year, Summer's cover of the Jimmy Webb ballad "MacArthur Park" became her first No. 1 hit on the Hot 100 chart and earned her a Grammy nod. Donna Summer continued growing in popularity throughout the '80s.

Over the following years Summer followed her early success with a string of other hits, such as  "Last Dance", "Hot Stuff", "Bad Girls", "Dim All the Lights", "No More Tears (Enough Is Enough)", and "On the Radio". She continued to record and perform until her 2012 death. Her work with Moroder is considered to be groundbreaking within the dance music recording industry, and Moroder himself once described their track "I Feel Love" as being "really the start of electric dance" music as its own genre. She became known as the "Queen of Disco" and regularly frequented Studio 54 in New York City. A five-time Grammy Award winner, she was the first artist to have three consecutive double albums reach No. 1 on the United States "Billboard" album chart and charted four number-one singles in the United States within a 12-month period. Summer has reportedly sold over 130 million records, making her one of the world's best-selling artists of all time.

Summer married Austrian actor Helmuth Sommer in 1973 and she gave birth to their daughter Natalia Pia Melanie Sommer (nicknamed Mimi) that same year. They divorced in 1976 but Summer kept her typo-ed version of her ex-husband's last name as her stage name. In 1980, Summer married Brooklyn Dreams singer Bruce Sudano. The couple had two children together, Brooklyn Sudano (b. 1981) and Amanda Sudano (b. 1982.) Summer and her family moved from California to Nashville in 1995.

Tragically, Donna Summer lost her battle with lung cancer on May 17, 2012, at her home in Naples, Florida. A non smoker, Summer had theorized that her cancer was caused by inhaling toxic fumes and dust from the September 11 attacks, as she was in New York City for a performance at the time. However, some reports have attributed her cancer to smoking as a teenager, and her constant exposure to secondhand smoke while performing in clubs long after she had quit.

Her funeral was a private affair, the exact time and location kept secret, and was attended mostly by family and loved ones. However, two famous guests reported to have attended were singer Tony Orlando and the producer who collaborated with her so fruitfully during her career, Giorgio Moroder. Summer is buried in the Harpeth Hills Memory Gardens cemetery in Nashville.

At the time of her death Donna owned a number of homes around the United States. In 1994 Donna bought a 25-acre estate in Brentwood, Tennessee that had a 13,000 square-foot mansion. Two years later she bought a new property in Tennessee, this one in College Grove, for $370,000. This second property spanned 104-acres. 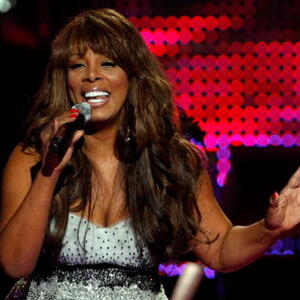