Donald Fagen net worth: Donald Fagen is an American musician and songwriter who has a net worth of $50 million. Donald Fagen is best-known for being a member of the band Steely Dan which he co-founded with college friend Walter Becker in 1972.

Early Life: He was born in Passaic, New Jersey on January 10, 1948. Donald Fagen began listening to jazz while he was in elementary school, and subsequently learned how to play the piano and the baritone horn. He went on to attend Bard College, where he majored in English Literature. While studying English he continued to play music throughout his college years. He also began to work with various bands, eventually being hired by ABC/Dunhill Records as a songwriter. The other person hired was his college classmate, Walter Becker.

In 1972 the pair would go on to form the core of the band, Steely Dan. Over the next several decades Steely Dan released nine studio albums and sold over 40 million records worldwide. Steely Dan would also become one of the most-sampled bands by hip-hop artists. Several of their riffs would be turned into hugely popular rap songs. Their music has been sampled for songs by De La Soul, Lord Tariq & Peter Gunz, Kanye West, Ice Cube, Wiz Khalifa, and 3rd Bass. 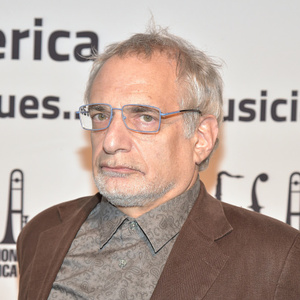