Don McLean net worth: Don McLean is an American singer-songwriter who has a net worth of $50 million. Don McLean is most famous for his 1971 album "American Pie" which includes the hit singles "American Pie" and "Vincent". Other McLean hits include "Dreidel," and "Wonderful Baby," as well as renditions of Roy Orbison's "Crying" and the Skyliners' "Since I Don't Have You." In 2004, McLean was inducted into the Songwriters Hall of Fame.

Early Life and Career Beginnings: Don McLean was born in 1945 in New Rochelle, New York to parents Elizabeth and Donald. He is of Scottish descent on his father's side, and of Italian ancestry on his mother's. As an adolescent, McLean became interested in folk music. While he frequently missed school because of his childhood asthma, his passion for music continued to thrive. At the age of 16, he purchased his first guitar, and made contacts in the music business with folk singers Erik Darling and Fred Hellerman of the Weavers fame. After graduating from Iona Preparatory School in 1963, McLean attended Villanova University; however, he dropped out after four months. He subsequently got associated with agent Harold Leventhal, and then with Herb Gart, who would become his personal manager for 18 years. Over the next six years, McLean played at numerous venues and events across the country.

Returning to his education, McLean graduated from Iona College with a bachelor's degree in business administration in 1968. He later turned down a Columbia University Graduate School scholarship to pursue his musical career. With the aid of a state grant, he started to reach a wider audience as he toured towns along the Hudson River. During this time, McLean grew close with his friend and mentor Pete Seeger, accompanying him on his Clearwater boat trip to raise awareness about river pollution. The pair later sang the traditional folk song "Shenandoah" together on the 1974 Clearwater album.

Early Recording Career and "American Pie": In 1969, McLean released his debut album, "Tapestry," which he recorded in 1969 in Berkeley, California during the student protests. The album was released by Mediarts after being rejected 72 times by other labels. After Mediarts was taken over by United Artists Records, McLean released his second album, "American Pie," which launched him to international stardom. The album spawned two number one hit singles: "Vincent," a tribute to 19th-century Dutch artist Vincent van Gogh, and the title song, "American Pie." The latter song, an 8.5-minute ballad about the loss of innocence and the evolution of American youth culture, was partly inspired by the tragic deaths of Buddy Holly, J.P. Richardson, and Ritchie Valens in a 1959 plane crash. The track hit number one on the Billboard Hot 100 in 1972, and remains McLean's most famous and successful single.

Subsequent Recordings: Following the triumph of "American Pie," McLean released his third album, the self-titled "Don McLean," which included personnel from the prior album. Among the album's songs were "Dreidel," which made it to number 21 on the Billboard chart, and "If We Try," which hit number 58. McLean's fourth studio album, "Playin' Favorites," was released in 1973; a top 40 hit in the UK, it featured renditions of the Irish folk classic "Mountains of Mourne" and Buddy Holly's "Everyday." In 1974, McLean released "Homeless Brother," his final recording for United Artists. It featured New York session musicians, and included vocal contributions from the Persuasions, Cissy Houston, and Pete Seeger.

While at Arista Records in 1977, McLean recorded the album "Prime Time." Later, he released "Chain Lightning," which he had recorded in Nashville with Elvis Presley's backup singers. The album reached number 28 in 1981, and its rendition of Roy Orbison's "Crying" hit number five on the singles chart. McLean had further chart successes in the early 1980s with the singles "Since I Don't Have You," "Castles in the Air," and "It's Just the Sun." In 1987, his country-influenced album "Love Tracks" produced the hit singles "Love in My Heart," "You Can't Blame the Train," and "Eventually." Later albums have included "Headroom," "The River of Love," "You've Got to Share Songs for Children," "The Western Album," and 2009's "Addicted to Black," his first album of entirely original material in 14 years. 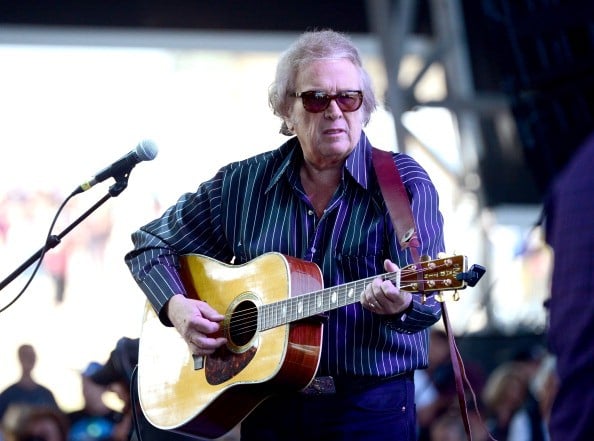 Throughout McLean's career, artists such as Garth Brooks, Madonna, and Josh Groban have recorded his songs. At a ceremony in 2019, he received plaques that certified his gold, platinum, and multi-platinum record sales in the United States.

Personal Life and Philanthropy: McLean has been wed twice. His first marriage was in 1969 to crafts scholar and patron Carol Sauvion, who created the PBS series "Craft in America." The couple divorced in 1976. Later, in 1987, he wed Canadian Patrisha Shnier; they had two children, Wyatt and Jackie. Upon their divorce in 2016, McLean was arrested and charged with domestic violence; he pled guilty to four of his six charges, and paid around $3,000 in fines.

On the philanthropic side, McLean is an ambassador for Teen Cancer America. He also established the Don McLean Foundation, which is funded by his income in perpetuity. Based at his residence in Lakeview, Maine, it serves as a center for conferences and fundraisers, and includes a nature preserve.

Don McLean "American Pie" Royalties: The song "American Pie" is played around the world on radio hundreds of times per day, every day. Decades later, McLean earns $300,000 – $500,000 per year in royalties off his hit. Since 1990 he his catalogue has been represented by Universal Music Publishing Group. In 2018 he re-upped with UMPG with a $4.5 million administration deal. 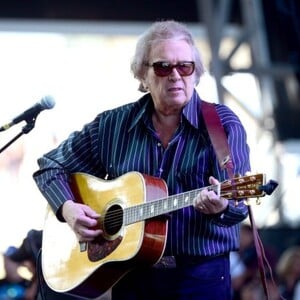