Doc Watson net worth: Doc Watson was an American musician, singer, and songwriter who had a net worth of $3 million. Doc Watson was born in Deep Gap, North Carolina in March 1923 and passed away in May 2012. He was a guitarist who played and sang folk, bluegrass, country, gospel, and blues music.

Over his career Watson won seven Grammy Awards and a Grammy Lifetime Achievement Award. He was well known for his flatpicking skills and his knowledge of traditional American music. Watson released a total of 38 studio albums and 15 live albums starting with his self-titled debut in 1964. Watson often performed with his son Merle Watson until Merle passed away in an accident on their family farm in 1985. Doc Watson won Grammy Awards for Best Ethnic Or Traditional Recording, Best Country Instrumental Performance, Best Traditional Folk Recording, and Best Traditional Folk Album. Doc Watson passed away on May 29, 2012 at the age of 89. 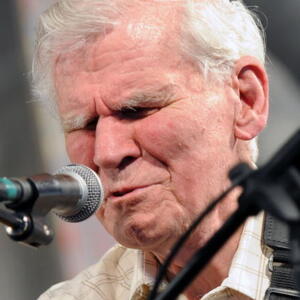