What is Dixie D'Amelio's Net Worth?

Dixie D'Amelio, who goes by the mononym Dixie, is a social media personality and singer known for her videos on the video-sharing app TikTok. Dixie D'Amelio has a net worth of $6 million. She is the elder sister of Charli D'Amelio, who is also a TikTok star. In 2020, Dixie began releasing singles as a recording artist with the label HitCo Entertainment. As of this writing Dixie has more than 35 million fans on TikTok and more than 25 million followers on Instagram.

Early Life and Beginnings on TikTok

Dixie D'Amelio was born in 2001 in Norwalk, Connecticut to Heidi, a photographer and former model, and Marc, a former Republican candidate for the Connecticut State Senate. At the age of 18 in 2019, she began her career after her younger sister, Charli, became popular on the video-sharing platform TikTok. She started posting her own videos, and subsequently signed with United Talent Agency alongside her sister. The sisters also joined The Hype House, a collective of teenage TikTok personalities based in Los Angeles. A little later, the D'Amelio sisters signed a podcast deal with Ramble Podcast Network. By August of 2020, Dixie had become the third highest-earning TikTok user, just behind her sister.

Acting and Other Media Appearances

In addition to TikTok, Dixie has appeared on a number of other social media and digital platforms. In 2020, she starred in the web series "Attaway General," which broadcast on YouTube's Brat TV digital network. Also on YouTube, she hosts a talk show entitled "The Early Late Night Show," and appears alongside her family in the "Dinner with the D'Amelios" series. Starting in 2021, Dixie starred with her sister on the Snap Originals reality series "Charli vs. Dixie," and starred with her sister and family in the Hulu docuseries "The D'Amelio Show." 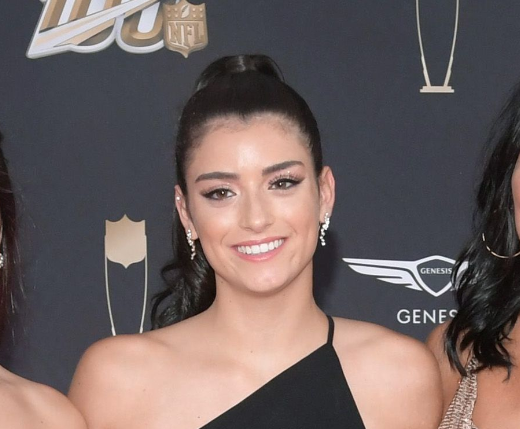 As a recording artist, Dixie released her first single, "Be Happy," in June of 2020. The song peaked at number 55 on the UK Singles Chart, and racked up over 86 million streams on Spotify within its first two months of release. Dixie went on to sign a record deal with L.A. Reid's label HitCo Entertainment, and released her second single, "One Whole Day," featuring rapper Wiz Khalifa. Additionally, Dixie was featured on Liam Payne's song "Naughty List." Other singles by Dixie have included "Roommates," "Fuckboy," and "Psycho," the lattermost of which featured rapper Rubi Rose.

Over the course of her early career, Dixie has done several sponsorships and corporate collaborations alongside her sister Charli. In March of 2020, the two partnered with UNICEF for an anti-bullying campaign, and in May, they appeared alongside a roster of celebrities in the television special "Graduate Together: America Honors the High School Class of 2020."

In July of 2020, the D'Amelio sisters became the face of Hollister's Jean Lab campaign, and created a TikTok dance to promote it. The same month, they partnered with the company Morphe Cosmetics to launch their own makeup line, called Morphe 2. Shortly after this, the sisters partnered with Orosa Beauty to launch a nail polish collection called Coastal Craze. In 2021, they co-created Hollister's Social Tourist apparel brand, and became the face of its campaign. The D'Amelios also partnered with Simmons Bedding Company to design the Charlie & Dixie x Simmons Mattress.

Dixie resides in Los Angeles, California. In October of 2020, she announced she was in a relationship with social media personality Noah Beck. Prior to this, she dated Griffin Johnson. 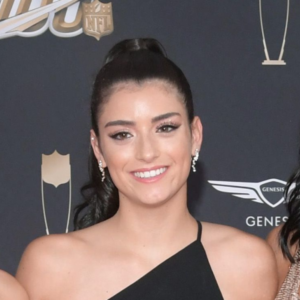