Dirk Vermin net worth: Dirk Vermin is an American musician, tattoo artist, and reality television personality who has a net worth of $100 thousand dollars. Dirk Vermin is based in Las Vegas, Nevada, and first rose to prominence as the lead singer for the band, The Vermin. Dirk Vermin found the group in 1984, under the name Vermin from Venus.

He subsequently merged another group, with whom he performed, with his original group, to create The Vermin. The band is most widely recognized for releasing one of the first independent punk rock albums in Las Vegas. The group would go on to be featured in the film, "Trans-American Killer". In 1999, Dirk Vermin opened the Las Vegas tattoo parlor, Pussykat Tattoo. As a tattoo artist, he is known for his exceptional ability to turn bad tattoos into gorgeous pieces of art. He is featured on the A&E reality series, "Bad Ink". The show follows him as he juggles his tattoo business, his music career, and raising two daughters as a single father. 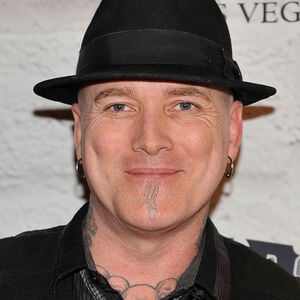