Dion DiMucci net worth: Dion DiMucci is an American singer-songwriter who has a net worth of $5 million. Dion DiMucci was born in The Bronx, New York in July 1939. His styles include rock, doo-wop, blues, and R&B. DiMucci had over a dozen Top 40 hits in the 1950s and 1960s.

He started off with The Belmonts in 1957 before going solo in 1960. He is often referred to solely as Dion. His debut studio album Runaround Sue was released in 1961 and reached #11 on the Billboard 200 chart. Dion and The Belmonts had success with the singles "I Wonder Why", "No One Knows", "A Teenager In Love", "Where Or When", "When You Wish Upon A Star", and "In The Still Of The Night". As a solo artist Dion has success with the singles "Lonely Teenager", "Runaround Sue", "The Wanderer", "Lovers Who Wander", "Little Diane", "Love Came To Me", "Ruby Baby", "Sandy", "Come Go With Me", "Donna The Prima Donna", "Drip Drop", "I'm Your Hoochie Coochie Man", "Shout", "Johnny B. Goode", "Abraham, Martin and John", "Purple Haze", "And The Night Stood Still", and "Sea Cruise". In 1989 Dion was inducted into the Rock & Roll Hall of Fame. 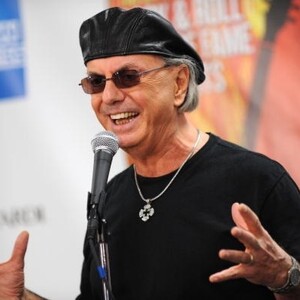