Diljit Dosanjh Net Worth: Diljit Dosanjh is an Indian Punjabi singer, actor, and television presenter who has a net worth of $16 million. Diljit Dosanjh was born in Dosanjh Kalan, Jalandhar, Punjab, India in January 1984. He is now recognized as one of the leading artists in the Punjabi music industry. Dosanjh also acts in Punjabi movies and has had many hits including one of the most successful Punjabi movies in history, 2012's Jatt & Juliet. He released his first mixtape Ishq Da Uda Ada in 2000. Dosanjh released the albums Dil in 2005, Smile in 2005, Ishq Ho Gaya in 2006, Chocolate in 2008, The Next Level in 2009, and Sikh in 2012. His 2012 album Back 2 Basics won PTC Punjabi Music Awards for Best Pop Vocalist (Male) and for Best Bhangra Song of the Year both for the song Kharku. He also took home BritAsia TV Music Awards for Best International Act, Best Album, and Best Bhangra Single, again for Kharku. Dosanjh released the album Sikh 2 in 2013 and a collaboration with Sukshinder Shinda in 2014. His 2013 single Proper Patola ft. Badshah won PTC Punjabi Music Awards for Best Pop Vocalist (Male), Most Popular Song of the Year, and Best Music Video. The song was also the first Punjabi song on vevo. 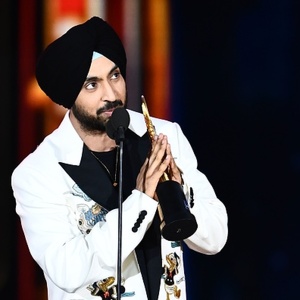