Dieter Bohlen net worth: Dieter Bohlen is a German singer, songwriter, musician, producer, and television personality who has a net worth of $70 million. Dieter Bohlen was born in Berne, Lower Saxony, Germany in February 1954. He is best known for being half of the pop duo Modern Talking. Bohlen was a member of the band Monza and then joined the trio Sunday. He was a producer, songwriter, and composer for Modern Talking which have been referred to as Germany's most successful pop duo. Some of Modern Talking's best known singles include "You're My Heart, You're My Soul", "Cheri, Cheri Lady", "You Can Win If You Want", "Atlantis Is Calling (S.O.S. for Love)", "Brother Louie", and "Geronimo's Cadillac". Modern Talking has released a total of 12 studio albums that have reached #1 in Germany, Austria, Finland, Hungary, Norway, Sweden, and Switzerland. He also had #1 hits in Germany with Chris Norman, DSDS Allstars, Alexander Klaws, Daniel Kublbock, Yvonne Cattereld, Mark Medlock, Daniel Schuhmacher, Mehrzad Marashi, Pietro Lombardi, and Luca Hanni. He has been a judge on the German version of Britain's Got Talent and has written books and founded a clothing label. 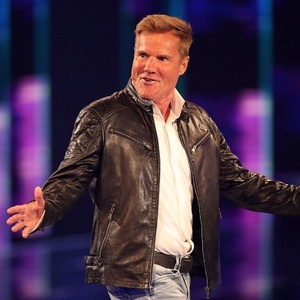