Dierks Bentley net worth: Dierks Bentley is an American country music singer and songwriter who has a net worth of $30 million. Dierks Bentley was born in Phoenix, Arizona in November 1975. Dierks graduated from Vanderbilt University in 1997. He got a job at The Nashville Network researching old country performance footage. His self-titled debut album was released on Capitol Nashville in 2003.

His first single "What Was I Thinkin'" hit #1 on the Billboard Hot Country Singles chart and the album was certified Platinum. His second album Modern Day Drifter contained two #1 singles and was certified Platinum. He won the CMA Award for best new artist in 2005 and became a member of the Grand Ole Opry. He has released eight studio albums including his latest, Riser, in 2014. Five of his albums have hit #1 on the US Country charts. His other hits include "Come a Little Closer", "Feel That Fire", "Sideways", "Am I the Only One", "Home", "5-1-5-0", and "I Hold On". He has a private pilot's license and owns a single engine plane. He married Cassidy Black in 2005 and has three children. He has won two CMT Music Awards and has been nominated for 10 Grammys. 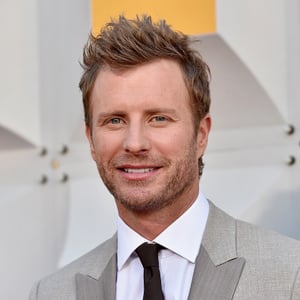