Dido Net Worth: Dido is a British singer-songwriter who has a net worth of $16 million. Dido earned her net worth by releasing several albums like No Angel, Safe Trip Home and "Life for Rent". Born Dido Florian Cloud de Bounevialle O'Malley Armstrong on December 25, 1971, in Kensington, London, England, UK, she rose to worldwide stardom with her debut album No Angel in 1999. The album, which blended her lonesome voice with a lush mix of guitars and electronics, sold over 21 million copies worldwide and fetched her several awards. It also spawned the hit Here With Me, which was chosen as the theme song for the aliens-among-us TV show called Roswell. Her next release, White Flag, came three years later and continued Dido's success with the hit singles White Flag and Life for Rent. Even though she came onto the pop scene in the early 2000s, by the end of the decade Dido was already nominated for Oscar for her song If I Rise, from the 2010 movie 127 Hours. Dido's anthemic vocals got another boost when her song Thank You was sampled by rapper Eminem on his 2000 single Stan. Dido's subsequent albums include 2008's Safe Trip Home and 2013's Girl Who Got Away that reached the Top 5 in the United Kingdom. 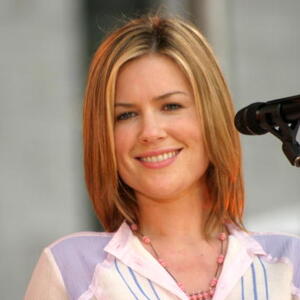