How much is Diane Warren Worth?

Diane Warren Net Worth: Diane Warren is an American songwriter who has a net worth of $100 million. Diane Warren has written multiple top ten and number-one songs on the Billboard Hot 100 chart. Her career skyrocketed in 1985 with the success of DeBarge's "Rhythm of the Night," after which she became the first songwriter in Billboard history to have seven hits by different artists on the singles chart simultaneously. Among her honors, Warren has won two Golden Globes, a Grammy Award, and an Emmy Award, and has been nominated for over ten Oscars.

Early Life and Career Beginnings: Diane Warren was born in 1956 in the Van Nuys area of Los Angeles, California to David, an insurance salesman, and Flora. The youngest of three daughters, she was raised Jewish. As a kid, Warren listened to the radio obsessively, and by the age of 11, began writing music. Her father subsequently bought her a 12-string guitar and took her to music auditions. For her higher education, Warren went to Los Angeles Pierce College, and then California State University, Northridge, from which she graduated in 1978.

In 1983, Warren had her first hit with Laura Branigan's "Solitaire," which made it to number seven on the US pop charts.

1980s Career Successes: Warren's songwriting career was truly jumpstarted in 1985, when she wrote the DeBarge single "Rhythm of the Night." A massive hit, the track reached number three on the Billboard Hot 100, number one on the Hot R&B/Hip-Hop Songs chart, and number one on the US adult contemporary chart. Warren's next biggest success was 1987's "Nothing's Gonna Stop Us Now," cowritten with Albert Hammond for the romantic comedy film "Mannequin." Sung by the rock band Starship, the song became Warren's first chart-topper on the Billboard Hot 100. It was nominated for a Golden Globe and a Grammy Award, and became Warren's first song to receive an Oscar nomination.

1990s: In the 90s, Warren achieved major success with the Celine Dion song "Because You Loved Me," written for the Robert Redford and Michelle Pfeiffer romantic drama "Up Close & Personal." Ascending to number one in the US and selling over two million copies, the track won the Grammy Award for Best Song Written for Visual Media, and earned nominations for Record of the Year, Song of the Year, and Best Female Pop Vocal Performance. Additionally, it received Golden Globe and Academy Award nominations for Best Original Song. Following this, Warren had huge hits with two songs written for blockbuster action films: 1997's "How Do I Live," which was featured in the movie "Con Air," and 1998's "I Don't Want to Miss a Thing," performed by Aerosmith for the science-fiction film "Armageddon." Both tracks were nominated for Grammy and Academy Awards. Warren closed out her successful decade with Gloria Estefan's "Music of My Heart," written for the Meryl Streep musical drama "Music of the Heart." Peaking at number two on the Billboard Hot 100, it too received Grammy and Academy Award nominations. 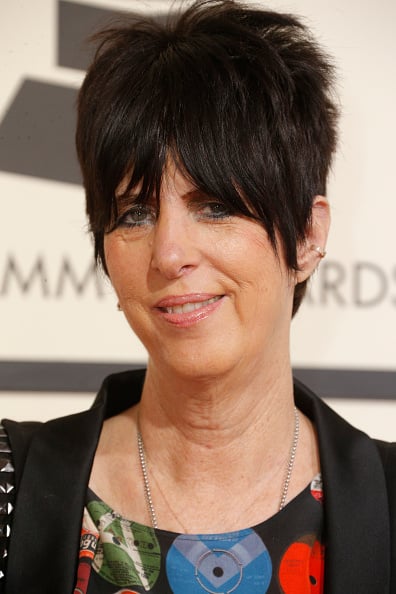 2000s and 2010s: Warren's prolific run of hits continued into the 2000s with Faith Hill's "There You'll Be," written for the Michael Bay romantic war film "Pearl Harbor," and Anthony Hamilton's "Do You Feel Me," written for the Denzel Washington crime drama "American Gangster." In the 2010s, Warren found success with Cher's "You Haven't Seen the Last of Me," from the musical film "Burlesque"; Rita Ora's "Grateful," from the romantic drama "Beyond the Lights"; Lady Gaga's "Til it Happens to You," from the documentary "The Hunting Ground"; Common and Andra Day's "Stand Up for Something," from the biopic "Marshall"; "I'll Fight," from the documentary "RBG"; and "I'm Standing with You," from the Christian drama "Breakthrough." All of these tracks were nominated for Academy Awards. Warren's 12th Oscar nomination came in 2021 for the song "Io sì (Seen)," from the Italian film "The Life Ahead"; it was cowritten with Laura Pausini and Niccolò Agliardi.

Distinctions: Among her achievements, Warren has had nine of her songs hit number one on the Billboard Hot 100, and has had over 30 of her songs in the top ten. Moreover, two of the greatest hits in Hot 100 history were written by her: "How Do I Live" and "Un-Break My Heart." On the US adult contemporary charts, meanwhile, Warren has had 16 of her songs at number one. Her music has been featured on the soundtracks of over 60 films, and she has been recognized six times as the ASCAP Songwriter of the Year. In 2001, she was inducted into the Songwriters Hall of Fame.

Personal Life: Warren has never married, and does not intend to. Following her relationship with Guy Roche, which ended in 1992, she has claimed that she has not been in another relationship since. Warren believes that her abstention from romance positively affects her songwriting abilities.

In 1994, Warren's home was badly damaged by the Northridge earthquake; as a result, she became homeless for a time, and stayed in rental houses and hotels. 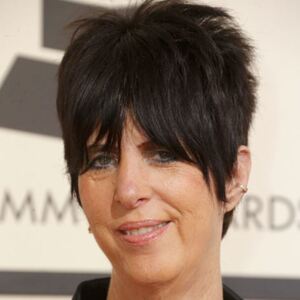