Diana DeGarmo net worth: Diana DeGarmo is a singer, songwriter and actress who has a net worth of $1.5 million dollars. Born in Birmingham, Alabama, Diana DeGarmo grew up in Georgia. She began singing while in elementary school, and appeared in productions of "Annie" and "Joseph and the Amazing Technicolor Dreamcoat" in Atlanta.

She gained widespread recognition during the third season of "American Idol" in 2004, when she finished runner-up to winner, Fantasia Barrino. She signed with RCA Records after "Idol", but her album sales were weak, and she was ultimately released from her contract in 2005. She has since enjoyed a successful Broadway and on-camera career. She has appeared on Broadway in "Hairspray" and "Hair", and has also performed in the national tours of "Brooklyn: The Musical" and "9 to 5". She also starred in the Off-Broadway musical, "The Toxic Avenger". In 2011, she played Angelina Veneziano on "The Young and the Restless". She became engaged to fellow "American Idol" alum, Ace Young, when he proposed to her on-air during the Season 11 finale of "Idol". 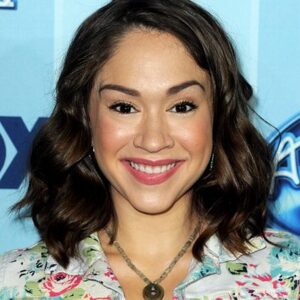