She was born Carol Diann Johnson in The Bronx, New York on July 17, 1935. Later taking the name "Diahann Carroll", she started modeling when she was a teenager, appearing in the pages of "Ebony" magazine. She studied sociology at New York University, while appearing on, and winning, "Chance of a Lifetime" for her performance of "Why Was I Born?".

Carroll made her on-screen debut in 1954's "Carmen Jones" before landing a starring role in the Broadway production of "House of Flowers". She appeared in "Peter Gunn", "Hurry Sundown", "Porgy and Bess", "Paris Blues", and "Claudine", a part for which she earned a Best Actress Oscar nomination. Carroll won a Best Actress Tony Award in 1962 for her part in the production of "No Strings". She's perhaps most famous for playing Julia in the 1968 series "Julia", winning a Best Actress in a Television Series Golden Globe the same year. She was nominated for an Emmy for the part. She appeared on "Dynasty" during the mid-'80s and later scored a recurring role in "A Different World". Her more recent roles include appearances in "White Collar", "Grey's Anatomy", "At Risk", and "The Front". She has been nominated for five Emmy Awards throughout her career, most recently for Outstanding Guest Actress in a Drama Series in 2008 for "Grey's Anatomy".

Carroll was married four times, most recently to musician Vic Damone, whom she wed in 1987. They separated in 1991 and divorced in 1996. She was inducted into the Television Hall of Fame in 2011. 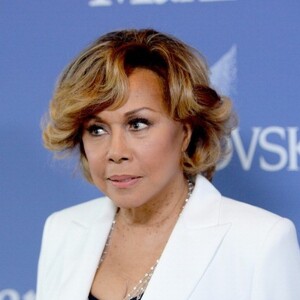