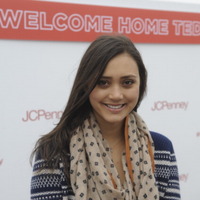 Dia Frampton net worth: Dia Frampton is the lead singer of the American rock band, Meg & Dia and has a net worth of $2 million. Dia Frampton was born Oct 3, 1987 in Utah. Dia Frampton earned her net worth as a singer and songwriter. She began her career as an alt-rocker, logging three summers on the Warped Tour and releasing several albums as part of Meg & Dia, a sister duo that also featured her older sister. In 2005 then moved to Salt Lake City with her sister to further their music career. She founded the band with her sister, Meg Frampton; now a five-piece act with additional members. Dia and Meg eventually became a fairly successful indie act, prompting Warner Bros to sign the girls and release their third album, Here, Here and Here, in April 2009. Dia was the second place finisher on the first season of The Voice on NBC. The band gained popularity through self-promotion via MySpace; they were selected as the official MySpace band on the Warped Tour 2006. At the end of 2007, it was announced that Meg & Dia would open for Angels & Airwaves on a 2008 US tour. In 2008, the band embarked on its first overseas tour in Europe, and received positive reviews by many European critics. Meg & Dia also made their first UK appearance at the annual Give It A Name festival in 2008. On October 16, 2009, the band put up a new song called "5 Reasons," which is, as Meg posted in a blog, about a conversation the sisters had with their mother over a break from tour. Dia is half Korean and half Dutch. Her career aspiration has been to be a voice-over actress, but her considerable singing talents have steered her elsewhere. She is a life-long bookworm, and also writes novels and children's books.