Denny Laine net worth: Denny Laine is an English musician, songwriter, and singer, who has a net worth of $10 million dollars. Denny Laine, also known as Brian Frederick Arthur Hines, was born in Birmingham, West Midlands, England, and began playing guitar when he was a child. He launched his solo performing career when he was twelve, and went on to perform with his band, Denny Laine and the Diplomats.

He began performing with The Moody Blues in 1964, and their first major single, "Go Now", featured him on vocals. He toured and performed with The Moody Blues until 1966, and then went on to form his own band, Electric String Band. From there, he went on to perform briefly with Balls and Air Force, before becoming the lead and rhythm guitarist for Paul McCartney's band, Wings. He toured, recorded, and performed with Wings from 1971 to 1981, when the group broke up. He has also released two solo albums, and continues to tour and perform. 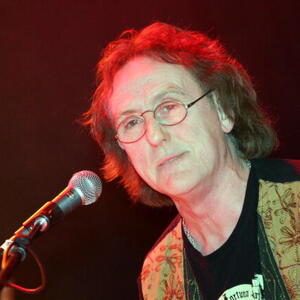