Dennis Edwards Net Worth: Dennis Edwards was an American singer who had a net worth of $5 million dollars at the time of his death. Born February 3, 1943 in Detroit, Michigan, he was most known for being the lead singer of the Temptations. Edwards first joined the Temptations in 1968, replacing David Ruffin, and sang with the group until 1976, returning twice between 1980 and 1984 and 1987 to 1989.

In the mid-'80s, he attempted a solo career, landing a hit in 1984 with Don't Look Any Further (featuring Siedah Garrett). Towards the end of his life he was the lead singer of The Temptations Review featuring Dennis Edwards, a Temptations splinter group. In the early part of his time with The Temptations, his performances were often interrupted by the ex-Temptation David Ruffin. Ruffin would show up at their concerts and, whenever they started to sing one of the songs Ruffin himself used to sing lead on, Ruffin would jump onto the stage, grab the microphone away from Edwards and start singing, much to Edwards' embarrassment but to the delight of fans. When this happened, Edwards took the high road and simply sang along with Ruffin. This eventually stopped after The Temptations hired more guards to keep Ruffin from entering their concerts. When producer Norman Whitfield assigned Edwards to sing the first verse of the song Papa Was a Rolling Stone, Edwards refused because in real life Edwards' own father had died on the third of September, just like the father in the song. This angered Edwards, as he believed Whitfield had purposely assigned it to him to get under his skin. Whitfield denied having done so on purpose, but used it to his advantage, forcing Edwards to sing the verse anyway and using Edwards' personal anger to set the tone of the song. This rift eventually led to Whitfield being fired as the group's producer. Edwards was elected to the Rock and Roll Hall of Fame in 1989 (as a member of The Temptations). 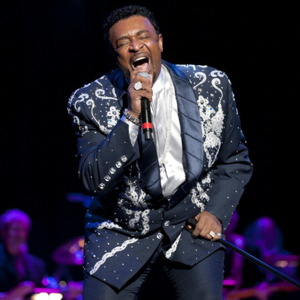