How much is Denise Rich Worth?

Denise Rich net worth: Denise Rich is a a US-born Austrian singer-songwriter and socialite who has a net worth of $100 million dollars. Born in Worcester, Massachusetts, Denise Rich, also known as Denise Eisenberg, is most widely recognized for her songwriting and for her marriage to billionaire Marc Rich. She wrote the lyrics for such hit song as "Frankie", recorded by Sister Sledge, "Don't Waste Your Time", the late-90s duet by Aretha Franklin and Mary J. Blige, and the hit pop song, "Candy", recorded by Mandy Moore. She also wrote tracks for such artists as Marc Anthony, Chaka Khan, Patti LaBelle, Celine Dion, and Natalie Cole. To date, she has been nominated for three Grammy Awards. She is the co-founder of the G&P Foundation for Cancer Research, which was founded after the death of her daughter, who succumbed to leukemia. The foundation was recently renamed Gabrielle's Angel Foundation for Cancer Research. In the early 2000s, she was involved in a scandal on Capitol Hill, when she asked to speak before a Congressional committee regarding a presidential pardon and its connections to campaign contributions she had made. She recently became an Austrian citizen and gave up her U.S. citizenship. 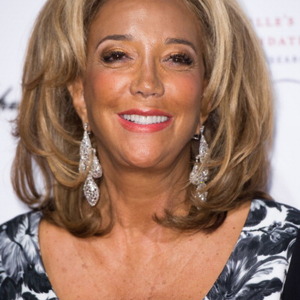