Denis Stoff net worth: Denis Stoff is a Ukrainian singer and musician who has a net worth of $2 million. Denis Stoff was born in Donetsk, Ukraine in May 1992. He was the former vocalist of the British band Asking Alexandria from 2015 to 2016. During that time the band released the album The Black which reached #4 in Australia, #9 in the US, and #15 in the UK and Austria.

Stoff's YouTube channel "above92" featured him singing and playing guitar on cover songs. He was a member of the band Make Me Famous from 2010 to 2012 and provided vocals, lead guitar, synthesizers, and programming. Stoff was featured on the band's EP Keep This In Your Music Player in 2011 and the album It's Now or Never in 2012. He has also collaborated with other bands including Crown the Empire, Capture the Clown, and Conquer Divide and founded the band Down & Dirty. 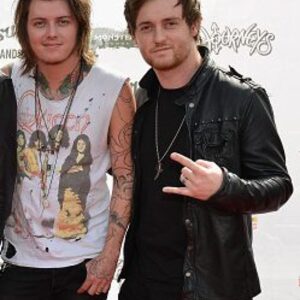