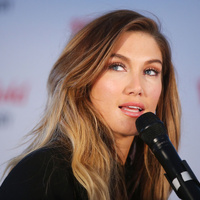 Delta Goodrem net worth: Delta Goodrem is an Australian singer-songwriter and actress who has a net worth of $16 million. Born in Sydney, New South Wales, Australia, Delta Goodrem began her professional performance career appearing in commercials while in elementary school. She also began studying dance and acting, and began playing the piano when she was seven years old. She signed a record deal with Sony when she was fifteen years old. Her first single failed to succeed, so the proposed album and subsequent tracks were put on hold. She joined the cast of the popular soap opera "Neighbours" in 2002. Her popularity on the show revitalized her music career. She went on to release two hit singles back-to-back, and then her debut album charted at #1. She was subsequently diagnosed with Hodgkin's lymphoma and took a year off to undergo chemotherapy. She returned to touring and recording in 2004. She has since released two more studio albums, with a fourth slated to drop in late 2012. She has won numerous ARIA Awards, and continues to appear in film and television productions.