Della Reese net worth: Della Reese is an American singer and actress who has a net worth of $3 million dollars. Della Reese, also known as Delloreese Patricia Early, was born in Detroit, Michigan, and began singing at church while in elementary school. By age 13 she was touring with Mahalia Jackson's famed gospel choir and performing on the radio as a solo artist regularly. She graduated from Cass Technical High School at age 15. She went on to sign a recording contract with Jubilee Records in the early 50s, and scored her first major hit in 1957 with the single, "And That Reminds Me". After signing with RCA Records, she released the single, "Don't You Know". It was a massive success and catapulted her to even more fame. She continued to record and tour throughout the 60s. She made the shift to film and television work in the late 60s, appearing on her own talk show for 197 episodes. She went on to guest star or co-star on such shows as, "The Mod Squad", "McCloud", "Chico and the Man", "The Love Boat", and "MacGyver", among many, many others. She is most widely recognized for her co-starring role on "Touched by an Angel". 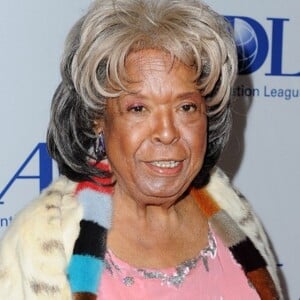