Delbert Mcclinton Net Worth: Delbert Mcclinton is an American musician who has a net worth of $2 million. Born on November 4, 1940, in Lubbock, Texas, United States, Delbert Mcclinton made a name for himself as a prolific singer-songwriter, guitarist, harmonica player and pianist, enriching the genres of blues rock and electric blues.

Blessed with musical talent, young Mcclinton honed his skills in a bar band called, the Straitjackets, where he got the chance to back visiting blues giants such as Sonny Boy Williamson, Howlin' Wolf, Lightnin' Hopkins and Jimmy Reed. This encouraged him to record few regional singles before hitting the national chart in 1962, playing harmonica on Bruce Channel's "Hey! Baby. Next, McClinton could be seen instructing John Lennon on the finer points of blues harmonica playing. In 1972, he relocated to Los Angeles where he teamed up with fellow Texan, Glen Clark, to perform a combination of country and soul music. The two achieved some degree of success with their two albums, before McClinton went solo. Meanwhile, the song ("Two More Bottles of Wine") that he penned for Emmylou Harris turned out to be a No. 1 hit in 1978, and also his "B Movie Boxcar Blues" was covered on the first The Blues Brothers album, Briefcase Full of Blues. Even though he was less active during much of the 1980s, Mcclinton's name was still present in the world of music thanks to his hits "The Jealous Kind" and "Givin' It Up for Your Love. In 1989, he sealed the decade with the Grammy nominated Live From Austin album. More charting and Grammy-worth singles followed and his duets with Bonnie Raitt and Tanya Tucker were just two of them. What's more, his album The Cost of Living earned him a Grammy Award for Best Contemporary Blues Album in 2006. Five years later, he was inducted into the Texas Heritage Songwriters Hall of Fame.

But it seems like we haven't heard everything from aging artist Delbert Mcclinton as he recently saw the release of his latest album Blind, Crippled and Crazy (2013), in collaboration with Glen Clark. 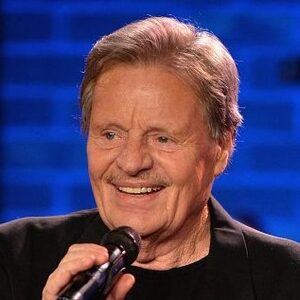