Del McCoury net worth: Del McCoury is an American bluegrass musician and singer who has a net worth of $4 million. Del McCoury was born in Bakersville, North Carolina in February 1939. He is the leader of the Del McCoury Band and plays guitar and banjo in the band which includes his sons Ronnie and Rob McCoury. Del McCoury was inducted into the International Bluegrass Hall of Fame in 2011 and in 2010 he received a lifetime achievement award from the National Heritage Fellowship. He has released a handful of solo albums and several with the Dixie Pals. The Del McCoury Band was founded in 1967. Their albums Moneyland in 2008 and Del and Woody in 2016 both reached #1 on the US Bluegrass chart. He has won multiple Grammy Awards and more than 30 International Bluegrass Music Association Awards including five consecutive Entertainer of the Year awards from 1996 to 2000. 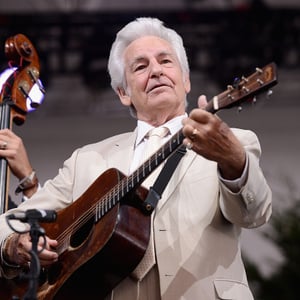