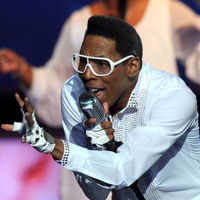 Deitrick Haddon net worth: Deitrick Haddon is an American singer, songwriter, producer, pastor, and actor who has a net worth of $10 million dollars. Deitrick Haddon was born in Detroit, Michigan, and first made a name for himself performing as part of Voices of Unity. The successful gospel-singing group has released multiple studio albums. He began recording gospel music as a solo artist in 2002, beginning with the popular album, "Lost and Found". The release reached #1 on Billboard's Gospel chart. Since then, he has gone on to release several more solo albums. In 2006, he began co-hosting 85 South Gospel Street, a gospel music show that showcases new artists, which airs on the Word Network on Friday afternoons. He was also the co-producer of Vanessa Bell Haden's album, "Brand New Day". His 2011 album, "Church on the Moon", debuted at #1 on the Gospel charts. His most recent album is "R.E.D. (Restoring Everything Damaged)".