What is Debbie Gibson's net worth?

Debbie Gibson is an American singer, songwriter, actress, music producer, and reality television competition participant who has a net worth of $2 million dollars. She is probably most famous for being an international teen starlet in the 1980s.

Debbie Gibson was born in Brooklyn, New York on August 31, 1970, the third of Diane and Joseph Gibson's four daughters. She grew up in suburban Merrick, New York, on Long Island and studied piano under acclaimed classical pianist Morton Estrin.

Gibson began writing and producing her own material years before she landed on the Billboard Hot 100. She found her demo tape in the hands of a popular radio personality when she was just fourteen. The DJ shared it with an executive at Atlantic Records and her original song "Only in My Dreams" helped her land a development deal immediately. She began a promotional tour of venues throughout the United States. She spent most of 1986 and 1987 building her songwriting catalog while continuing to tour venues. Debbie's mother would accompany her to her club dates. Simultaneously, she continued taking classes at Calhoun High School in Merrick, New York. She later graduated as an honor student.

The promotional release of "Only in My Dreams" landed the song within the Billboard Hot 100. Atlantic signed Gibson to a recording contract and began the process of completing her first record. "Only in My Dreams" began to pick up steam on Top 40 Radio and peaked at No. 4 on the Hot 100 Chart. Her follow up single was "Shake Your Love," with an accompanying music video choreographed by Paula Abdul. In 1987, she was still performing in night clubs all throughout the United States and recording her debut album at the same time. "Out of the Blue" was finished in four weeks and four singles from the album reached the top five of the Hot 100 Chart. In 1988 Debbie became the youngest artist to write, produce, and perform a No. 1 single on the Billboard Hot 100 with her song "Foolish Beat," which she recorded and produced when she was 16 years old. She remains as of this writing the youngest female artist to ever have done so. "Out of the Blue" was an instant success, not only in the United States but in southeast Asia and the UK as well, filling stadiums during her tour. By the end of 1988, "Out of the Blue" had gone triple platinum. Her concert tour was also certified double platinum. In October 1988, Gibson sang the national anthem for Game 1 of the Major League Baseball World Series.

Gibson released her second album, "Electric Youth," in early 1989. It spent five weeks at No. 1 on the Top 200 Album chart. The first single, "Lost in Your Eyes," was No 1. On the Hot 100 for three weeks. The album was certified double platinum and she embarked on a successful world tour. Gibson recorded two more albums for Atlantic Records, "Anything Is Possible" in 1990, which only had one charting single, and "Body Mind Soul" in 1993. The latter spawned two minor hits in "Losin Myself" and "Shock Your Mama." "Losin Myself" was Gibson's last appearance on the Billboard Hot 100.

She signed the EMI's SBK Records and recorded her only album for the label, "Think With Your Heart." After parting with EMI, she formed her own record label, Espiritu, to release her original material. Her sixth album, 1997's "Deborah," marked her return to pop. It only sold 20,000 copies but was released to critical acclaim. Debbie released her seventh album on her new record label, Golden Egg, in 2001.

Over the course of her music career, she has released nine studio albums and has had five top ten singles "Foolish Beat", "Only in My Dreams", "Shake Your Love", "Out of the Blue", and "Lost in Your Eyes". 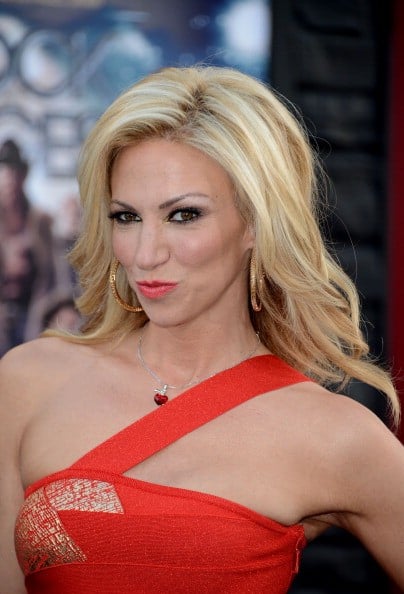 Debbie Gibson parlayed her teenage pop star fame into starring roles on Broadway, in touring musicals, and in independent film and television work. She debuted on Broadway in 1992 when she played Eponine in "Les Miserables." Gibson then went to London and starred as Sandy in "Grease" in a West End production. The show broke box office sales and the single version of "You're the Only That I Want," a duet with Craig McLachlan, reached No 13 on the UK charts in 1993. She appeared in the Broadway touring production of the show upon her return to the States, this time playing Rizzo. Gibson has many successful theatre credits under her belt and has also appeared in "Funny Girl," "Beauty and the Beast," "Gypsy," "Joseph and the Amazing Technicolor Dreamcoat," "Cinderella," "Chicago," Cabaret," "Company," and "The King and I."

She has also starred on-screen in "Mega Shark Versus Giant Octopus," "Mega Python vs. Gatoroid," and "Mega Shark Versus Mecha Shark." She starred in 2015 in the UP TV movie "The Music in Me" alongside Gloria Reuben. The film featured an original song called "Promises," written and performed by Gibson. Gibson has also appeared on "American Juniors," "The Celebrity Apprentice," "Dancing with the Stars," Hallmark's "Wedding of Dreams" and "Summer of Dreams," and appeared in 2019 and 2020 as a judge on Nickelodeon's "America's Most Musical Family."

Gibson has been a target of several stalkers of the years. In May 1998, Michael Falkner, a disgruntled fan from Eau Claire, Wisconsin, was arrested outside Manhattan's Palace Theater, where Gibson was performing in the live-musical adaptation of Disney's Beauty and the Beast. Gibson had received threatening calls, letters, emails, and faxes from Falkner.

She was engaged to Jonathan Kanterman and has been in a long-term relationship with Rutledge Taylor since 2008.

Gibson has battled Lyme Disease since early 2013. She spoke out about drug abuse in her past after the death of singer Prince, and discussed abusing Tylenol PM and Xanax in her twenties while touring with theater companies. 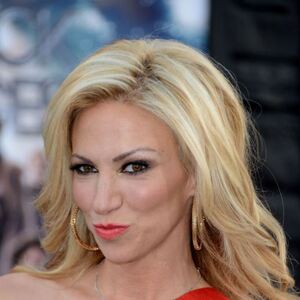