Debbie Harry net worth: Debbie Harry is an American singer-songwriter and actress who has a net worth of $30 million. Debbie Harry is best known as the lead singer of the new wave rock band Blondie, which she cofounded in 1974. From 1979 to 2017, her recordings with the band regularly reached number one on the US and UK charts. Hit singles included "Heart of Glass," "The Tide is High," and "Rapture," which is considered the first rap song to make it to number one in the US.

Early Life and Career Beginnings: Debbie Harry was born as Angela Trimble in 1945 in Miami, Florida. When she was three months old, she was adopted by New Jersey gift shop proprietors Richard and Catherine Harry, who renamed her Deborah Harry. She grew up in Hawthorne, New Jersey, where she went to Hawthorne High School. After graduating, she attended Centenary College in Hackettstown, from which she earned an Associate of Arts degree in 1965. Harry subsequently moved to New York City, working for one year as a secretary at the BBC Radio office. She took other odd jobs as a waitress, a go-go dancer, and as a Playboy Bunny.

Harry began her music career in the late 1960s as a backup singer for the folk rock group The Wind in the Willows. In 1974, she joined the band the Stilettoes; when she left, she and her boyfriend Chris Stein cofounded Angel and the Snake with Tish and Snooky Bellomo. Finally, Harry and Stein formed Blondie, named so because of Harry's bleached hair and the male catcalls it provoked. Soon, Blondie became a regular act at New York's CBGB and Max's Kansas City clubs.

International Success with Blondie: In 1976, Blondie released its self-titled debut album, which was moderately successful. This was followed by "Plastic Letters," also a moderate hit. It was Blondie's third studio album, 1978's "Parallel Lines," that would launch the band to global fame. The album produced six singles, most notably the international hit "Heart of Glass," which reached number one in both the US and UK and sold close to two million copies. Blondie's success continued the next year with the release of "Eat to the Beat"; reaching number one in the UK and number 17 in the US, it eventually went Platinum.

Even more recognition came with the 1980 release of "Autoamerican." The album, which hit number seven in the US, spawned hit singles including "The Tide is High" and "Rapture." That year, Blondie also had number one hits with "Call Me," which was the theme song to the Richard Gere film "American Gigolo," and "Atomic," which had been on the "Eat to the Beat" album.

Solo Career: Harry started a solo singing career in 1981 with the release of "KooKoo." Peaking at number 25 in the US and number six in the UK, it was eventually certified gold and silver in those countries. The lead single from the album, "Backfired," had a music video directed by the famed Swiss artist H.R. Giger, who had also designed the album's controversial cover art featuring Harry's mutilated face.

In 1982, Harry regrouped with Blondie for the release of "The Hunter"; the album failed to match the success of the band's previous work. Following Blondie's subsequent split that year, Harry slowed her solo career to focus on caring for Chris Stein, who was ill with an autoimmune disease. During this time, she released the singles "Rush Rush" and "Feel the Spin." In 1986, Harry released her sophomore solo album, "Rockbird," which reached number 97 in the US and number 31 in the UK. Meanwhile, its single "French Kissin' in the USA" became a top 10 hit in the UK. Another single was "In Love with Love," which made it to number one on the US Dance Charts. 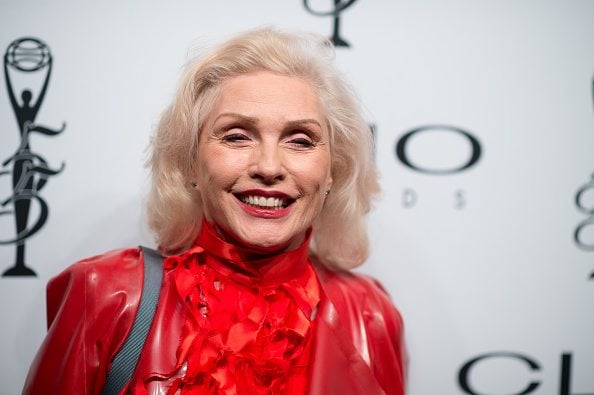 Further Solo Career and Blondie Reunion: In 1989, Harry released her next solo album, "Def, Dumb and Blonde," which spawned hit singles including "I Want That Man," "Sweet and Low," and "Maybe for Sure." For the following few years, Harry toured across the world with Chris Stein, Karl Hyde, and Leigh Foxx. She subsequently released the solo album "Debravation," and worked as a guest vocalist with a number of bands.

Blondie regrouped in 1997 with the band's four original members. Two years later, the band released "No Exit," which produced the number-one single "Maria." In 2003, the band released "The Curse of Blondie." Harry also continued on with solo albums such as "Necessary Evil" and "Pollinator."

Catalog Sale: In August 2020, Debbie and her "Blondie" bandmate Chris Stein sold 197 of their biggest hits to Hipgnosis Songs Ltd., for an undisclosed sum.

Film Career: Beyond Blondie and her solo career, Harry has appeared in a number of movies. She was in some art films directed by Amos Poe, and went uncredited in 1975's "Deadly Hero." Her first leading role came in the neo-noir "Union City," released in 1980. In 1983, she had a leading role opposite James Woods in the David Cronenberg body-horror movie "Videodrome." Later in the 1980s, Harry starred in "Forever, Lulu," "Satisfaction," and the John Waters cult comedy dance classic "Hairspray."

Personal Life: In the mid-70s, Harry began dating guitarist Chris Stein when he joined her early band the Stilettoes. While living together, Harry was raped at knifepoint during a burglary of her home. Harry split from Stein in 1989, and is now godmother to his two daughters. 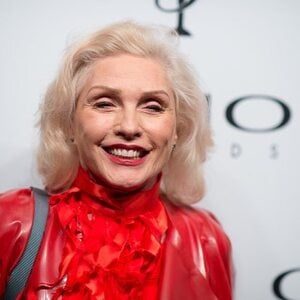