What is Debbie Allen's Net Worth?

Debbie Allen is an American actress, dancer, director, producer and public figure who has a net worth of $4 million. She has won Emmy, Tony, and Golden Globe Awards for her work in television and on stage.

She made her Broadway debut dancing in the chorus in the musical, "Purlie". She went on to star in the musical, "Raisin", and to receive Tony nominations for her performances as Anita in the 1980 revival of "West Side Story", and Charity in the 1986 Broadway production of "Sweet Charity". She became a household name appearing as Lydia Grant in the television series, "Fame". She also directed and choreographed many of the show's episodes, and won two Emmy Awards and a Golden Globe for her choreography.

She won a third Emmy Award for Choreography for the "Motown 25th Anniversary Special". She has gone on to direct and choreograph for multiple award-winning theater, television, and film productions. She also runs her own dance school in Atlanta, Georgia. She is also a guest judge on "So You Think You Can Dance".

Allen was born January 16, 1950 in Houston, Texas to father Andrew Arthur Allen, who worked as an orthodontist, and Pulitzer Prize-nominated mother, Vivian Ayers Allen. She was the youngest child and had two older siblings. From an early age, she was exposed to the arts primarily by her mother, inspiring her own decision to study the humanities when she got older.

Allen was interested in dancing from a young age and auditioned at the Houston Ballet Academy at the age of twelve, one of the few African-American dancers to do so. Even though she exceeded the standards for admission, she was denied. However, a month later, she was admitted by a Russian instructor at the school who saw her perform in a show. She was then allowed to stay at the school once her potential was obvious. She again experienced racism in the world of ballet when she was told by the North Carolina School of the Arts that her body was not suited for ballet, even though she was a very proficient dancer. These experiences led Allen to focus her attention more on her academics and other artistic pursuits.

Allen earned her Bachelor of Arts degree in classical Greek literature, speech and theater from Howard University and then went on to study acing at HB Studio in New York City. She was a member of Chi Delta Mu Health Professional Fraternity.

Allen began her career appearing on Broadway theatre in the early 1970s. Her debut was in the chorus of "Purlie" in 1970. She later created the role of Beneatha in the Tony Award-winning musical "Raisin" in 1973 and then went on to appear in shows such as "Truckload" and "Ain't Misbehavin." In 1980, she received attention for her performance as Anita in the Broadway revival of "West Side Story," which earned her a Tony Award nomination for Best Featured Actress in a Musical. She also won a Drama Desk Award for her performance.

In 1976, she got her start on television with a debut appearing in the sitcom "Good Times." The following year, she starred in the show "3 Girls 3." She later appeared in the 1979 miniseries "Roots: The Next Generation." She landed a role in the comedy film "The Fish That Saved Pittsburgh" that same year. In 1981, she appeared in the movie "Ragtime," based on the best-selling novel of the same name. She appeared in her first film, "Fame," in 1980, which led her to become a central figure in the television adaptation, which ran from 1982 to 1987. Allen was nominated for the Emmy Award for Best Actress four times during the show's run. She was also the lead choreographer for the film and television series, while also winning two Primetime Emmy Award in the Outstanding Choreography category. She also earned a Golden Globe Award for Best Actress in a Television Series, Musical, or Comedy. She made history by becoming the first black woman to win a Golden Globe for Best Actress in a Television series – Musical or Comedy. 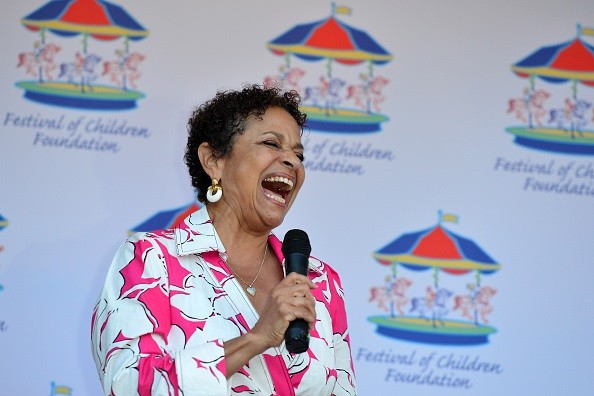 Her success continued into 1986 when she received a second Tony Award nomination for Best Actress in a Musical for her performance in Bob Fosse's "Sweet Charity." That same year, she had a supporting role in the comedy-drama film "Jo Jo Dancer, Your Life Is Calling," directed by and starring Richard Pryor.

By the late 1980s, Allen decided to take some time away from the film and television as an actress, instead opting to work as a choreographer or off-camera. She produced and directed the television series "A Different World," about the life of students in the fictional historically black college, Hillman, which ran for six seasons on NBC. Allen also released two solo albums, "Sweet Charity"  in 1986 and "Special Look" in 1989. That same year she directed the musical film "Polly." She later directed the crime drama film "Out-Of-Sync" in 1995 as well as a number of television films. She was also the choreographer of the Academy Awards Show productions for 10 years.

In 2001, Allen founded the Debbie Allen Dance Academy as a non-profit organization. In 2008, she directed "Cat on a Hot Tin Roof" on Broadway. She directed a large number of television series episodes throughout the 2000s and 2010s, including episodes of "All of Us," "Everybody Hates Chris," "Scandal," and "Jane the Virgin," among many others. She also was casted in 2011 as a character on "Grey's Anatomy." She later became an executive producer on the show.

Allen has received numerous awards and accolades. She also holds honoris causa doctorates from Howard University and the University of North Carolina School of the Arts. She was appointed a member of the President's Committee on the Arts and Humanities in 2001, she was given a star on the Hollywood Walk of Fame, and she was a 2020 Kennedy Center Honoree.

In 1975, Allen married longtime boyfriend Win Wilford. The two later separated in 1983 and then divorced. Allen then married former NBA player Norm Nixon in 1984. The couple have three children together: Vivian, Norman, and DeVaughn. 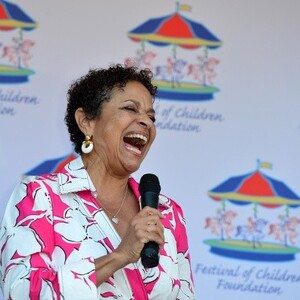