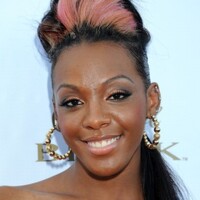 Dawn Richard net worth: Dawn Richard is an American singer-songwriter who has a net worth of $2.5 million dollars. Dawn Angelique Richard was born in New Orleans, Louisiana in August 1983. She is best known for being part of the girl band Danity Kane. Her father was a singer and percussionist for the band Chocolate Milk. Dawn performed with a group called Realiti as a teenager. She was signed to a record contract and released an album called Been a While in 2005. That same year she auditioned for MTV's show Making the Band 3. She beat out many contestants and was signed to Bad Boy Worldwide Entertainment and became a part of the group Danity Kane. Their debut album was released in 2006 and sold over a million copies in the U.S. Their first albums debuted at the top of the Billboard charts, becoming the first female group to do so. Their popular singles were "Show Stopper", "Ride for You", and "Damaged". Sean "Diddy" Combs released all members of the group except Richard in 2009. Dawn joined Diddy-Dirty Money with Combs and Kalenna Harper but they disbanded in 2012. She released the solo album Goldenheart in 2013 and is working on a new album. In late 2013 Danity Kane reunited with four of the five original members. She has been in a relationship with Qwanell Mosley from the group Day26.